Cheap French skiing – an oxymoron or a possibility? Based on personal experience I have found that you can ski or snowboard at our nearest neighbours on a low budget. But you need to try small ski resorts in France to keep the costs down. 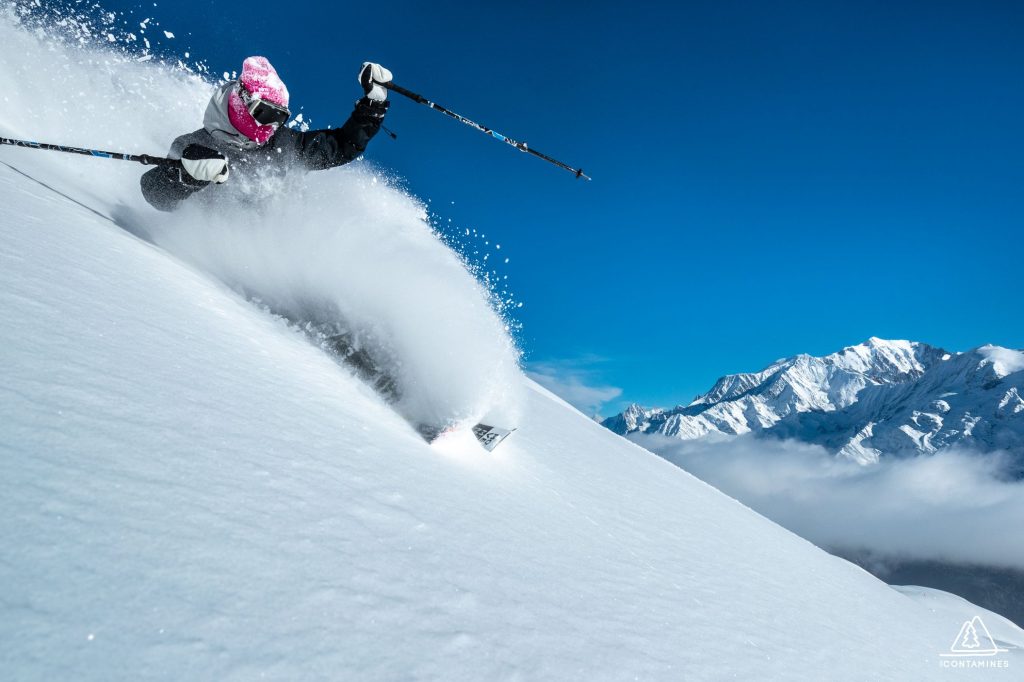 I had always stuck to France’s biggest resorts to get my winter kicks. I visited the big names such as Les Arcs, Val d’Isere, Morzine, Chamonix, Tignes, Avoriaz, Meribel, La Plagne and Val Thorens, purely because I wanted the guarantees they offer.

These resorts all have hundreds of kilometres of ski terrain, a vast network of speedy lifts, plenty of lively après, and a smorgasbord of restaurant, nightlife and accommodation options. They also have something else in common with each other – they are expensive.

A weeks lift passes costs over €300 Euros in the Three Valleys and all of the above are not far behind. Just a bottle of water or coke hits your wallet and beers can cost a fortune – I once paid €27 for two pints in Les Arcs and it wasn’t even a craft ale!

And when it comes to eating lunch on the mountain you’ll do very well to come away with change from €15 per person. Obviously you don’t have to drink beer, you can make sandwiches for lunch and stay in cheaper accommodation to cut costs. But you are on holiday – so who wants to be eating pot noodles and staying in?

And before you say it, I know I could have gone to Bulgaria, Andorra or even Italy to save money. But at least once a year I like to dust of my French, eat tartiflette and visit the UK’s closest neighbour, which just happens to have more skier days than any other country worldwide.

Cost was the main reason that I dared to consider a ski resort with anything less than 200 km of piste and enough après bars that I could do a different pub crawl each night. But ultimately I realised that if I wanted cheap French skiing I should try small ski resorts in France.

Below are the smaller resorts I have visited:

After a costly MOT had left my bank account at an all-time low, I begrudgingly booked a cheap apartment in the compact resort of Les Contamines Montjoie. The 120 km of slopes and handful of bars stood in very poor comparison to the 300 km of pistes and countless bars I’d enjoyed in Val d’Isere the year before.

But the ski-pass (€207) and accommodation in Les Contamines cost less than half the price of the previous year’s splurge. So the choice was a small-resort or no skiing at all. So I took the hit for what I thought would be just one season.

After just half a morning, ‘Contamines’ was already growing on me. Without queues, skis and boots were fitted in a matter of minutes, lift passes were processed even faster and we were on the slopes not long after the lifts opened. The previous year in Val d’Isere it had taken a couple of hours. 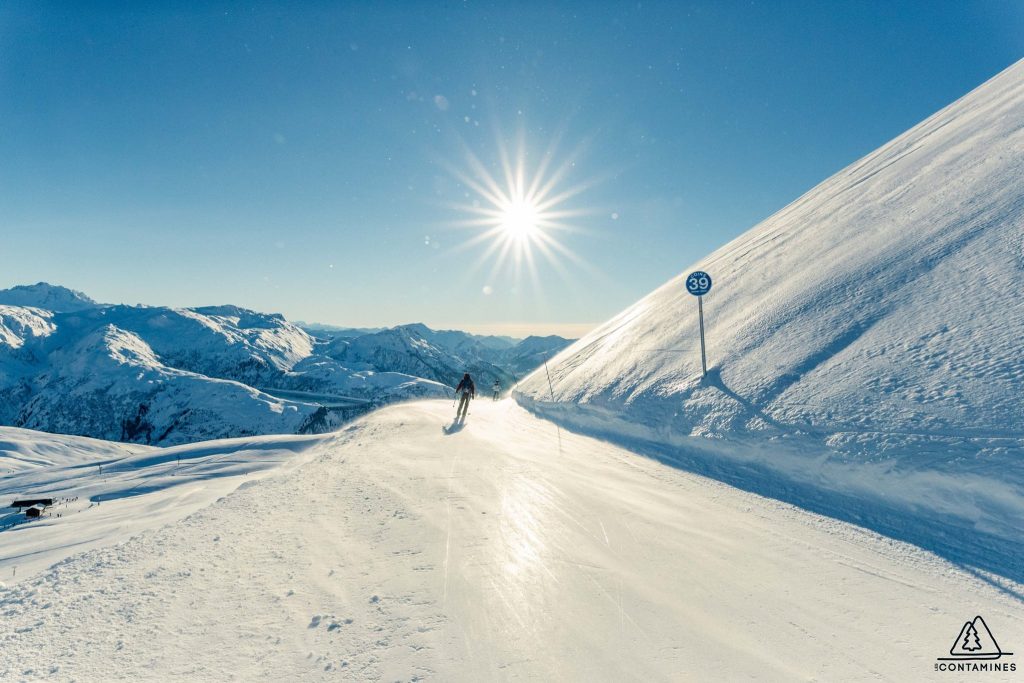 By day three, we could navigate the pistes without the aid of a map and were joining the locals for lunch. Taking our shop-bought baguettes to unpretentious BYO mountain huts.

With just a handful of bars to choose from, we soon began passing our time with familiar faces. And without the temptation of €25 cocktails and seasonaire-filled night clubs, we woke fresh-faced – and with heavy wallets – on every morning of our stay.

Returning home relaxed, well-skied and with healthy bank-accounts, I pondered that maybe we were onto something here. Does cheap French skiing at small ski resorts in France actually deliver as good an experience but for much lower cost?

Since then, I’ve tried other smaller resorts and realised there’s much more to them than meets the eye. And that what is offered by the biggest and most famous destinations, doesn’t always top their less well known and much smaller neighbours.

Our trip was blessed with knee-deep powder. So I spent most of the week skiing in-between the uncrowded pistes, perfecting my powder turns. In bigger resorts this powder would have been tracked out in half a day, but in Puy I was still getting fresh lines three days after it had snowed.

The apres was very low key, but I found myself sleeping deeply each night after a few vin-chauds in ‘the local’. Find out more about Puy Saint Vincent on their official website: www.puysaintvincent.com

The next year I took a slightly different route. Rather than visiting small ski resorts in France I choose a less well known ski town that links up with a bigger ski area. This led to a trip to Les Carroz which links up with Flaine, Morillon, Samoëns and Sixt to create the Grand Massif which has a total of 265 km of piste.

The ski area is the fourth largest lift linked area in France and it is exceptionally good with a great snow record. But you don’t have to buy a pass for the whole thing. If you want to stick to the Les Carroz side and buy the villages pass which costs €225 for 6 days, however the full Grand Massif pass only costs €25 extra.

Les Carroz is a very pretty and traditional ski town. Everything is low rise accommodation and much of it is chalets. It has a relaxed and laid back vibe and costs in town for food and drink are very reasonable. An apres pint will set you back around €4 to €5 so about half the price of bigger resorts. 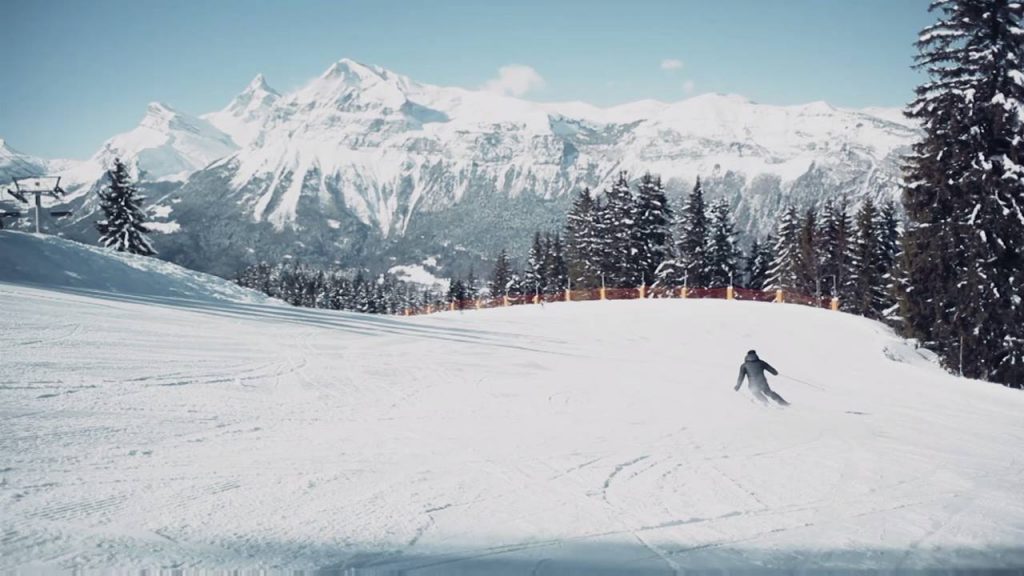 And the apres can be surprisingly lively although it is a bit hit or miss. We went out for a couple of pints one night and ended up in Club 74 dancing with locals until 3am. For cheap French skiing trips to Les Carroz check out www.igoski.co.uk who are particularly good for short breaks.

Last year, small ski resorts in France were back on the menu and I booked a trip to Sainte Foy. With just 30 km of piste and 14 runs serviced by five efficient lifts it was the smallest I have ever visited.

Not to worry, I assured my wary partner, Tignes and Les Arcs were both less than 30 minutes’ drive away. And with ‘ski safaris’ to neighbouring resorts offered by our chalet company, a back-up plan was in place. A six day pass (costing around €200) includes one free day in Les Arcs – but we never used it!

The first thing you notice as you walk around the charming Sainte Foy, is the curious smiles and impressive kit carried by its inhabitants. First-time families stroll around with enthusiastic grins, and seasoned ski-bums carry gnarly-looking boards and fat powder-skis over their shoulders.

For beginners and intermediates, the lack of crowds means expansive, empty runs. I spoke to a family on their second week and they raved about how much quieter it was then the previous year in Tignes. They felt they progressed much quicker and felt safer on the slopes. 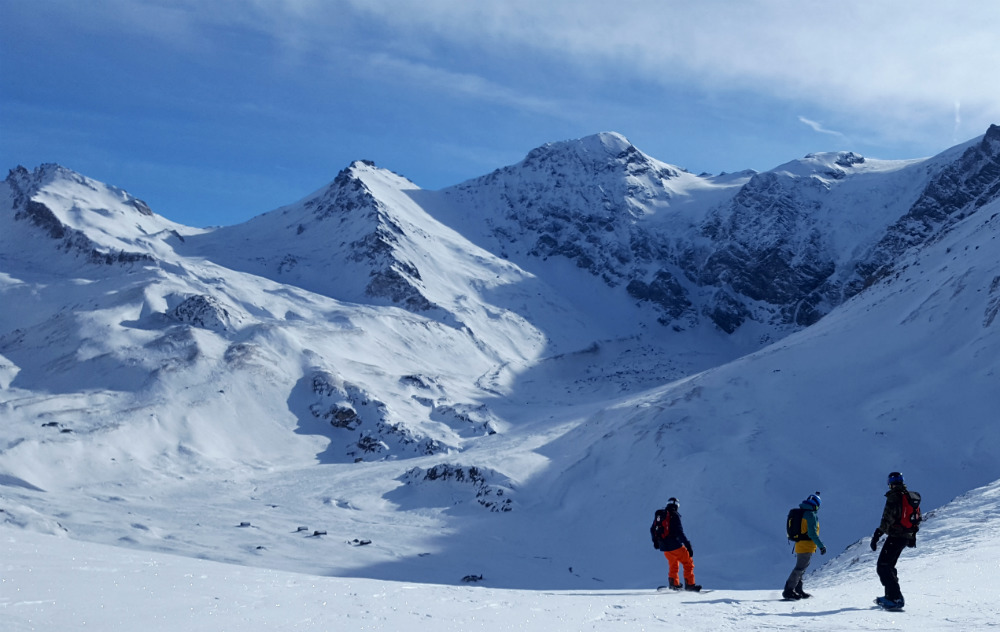 But the big secret is Saint Foy’s freeride opportunities. Less piste means more off-piste. We joined in, spending our days exploring acres of patrolled powder fields, before getting a guide to explore the backcountry. You can visit seasonal hamlets, weave through gentle pine forests or take on extreme faces.

Apres involved a few hours on ‘the sun deck’ before clunking glasses with the ski-guides in one of the four or five bars. But there was live music to be enjoyed and many smiling happy faces, and without late night partying they were still smiling in the morning!

If you are serious about cheap French skiing then just visiting small ski resorts in France is not quite enough. Also check out the following ideas to save money on skiing and snowboarding holidays:

We hope you found this guide to cheap French skiing holidays useful. Let us know the small ski resorts in France you’ve visited in the comments.