Top 5 destinations for the best tandem skydive in Australia

Not all backpacks in Australia contain a week’s worth of socks and a small selection of stuffed koalas for the folks back home. Some of them are magical: the kind with parachutes folded carefully inside. Most carriers of the former type, of course, are keen to try out the latter. Luckily if you’re looking to try the best tandem skydive in Australia, there are plenty to choose from. 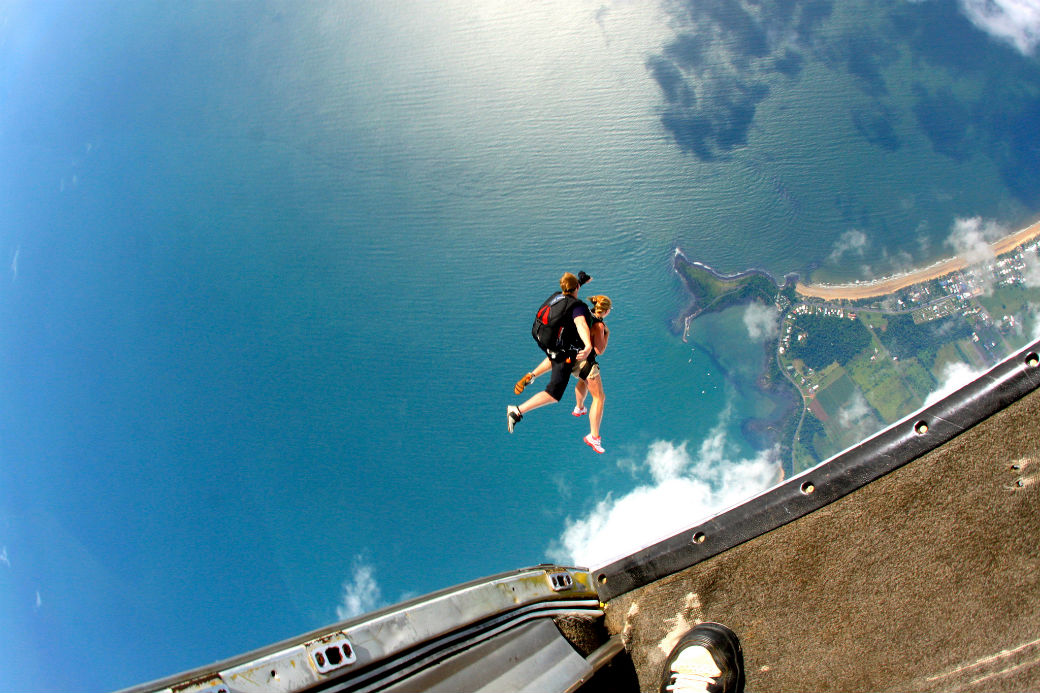 Having been hanging around a bunch of Australian skydivers I got their opinion of the the top five destinations for the best tandem skydive in Australia. So, if you’re travelling Down Under and fancy an extra thrill, why not take your place in the sky at one of the five spots below – you certainly won’t be disappointed?

Save some dough at Jump the Beach Brisbane

Tandem jumps in Australia aren’t ever exactly cheap, but the tickets at Jump the Beach Brisbane are some of the most competitively priced in the country. If you’re expecting a shabby cut-price experience, then don’t. The exits are from a full 14,000 feet, and the operation sports a sparkling safety record.

If you’re around during winter, you can shave off an additional bit if you book one of the dropzone’s ‘cold-season’ specials. You may have to bundle up a bit more than you would for one of the sweltering summertime loads, but the gorgeous scenery will distract you from any chill. As a bonus, Jump the Beach Brisbane is one of five owned by the same company. Once purchased, your ticket is also valid for a jump at the operation’s facilities in Sydney, Byron Bay, Mission Beach and Cairns.

If you’ve saved some cash doing what may be one of the cheapest tandem skydives in Australia, you might like to find out about free things to do in Brisbane.

Jump into a new dawn at Skydive Byron Bay

Australia has more than a few beachside dropzones, but Skydive Byron Bay is arguably the most spectacular, especially for a sunrise jump. Why? The timing is perfect. The Skydive Byron Bay airstrip sits next to Mount Warning, the first point in Australia that catches sunlight. 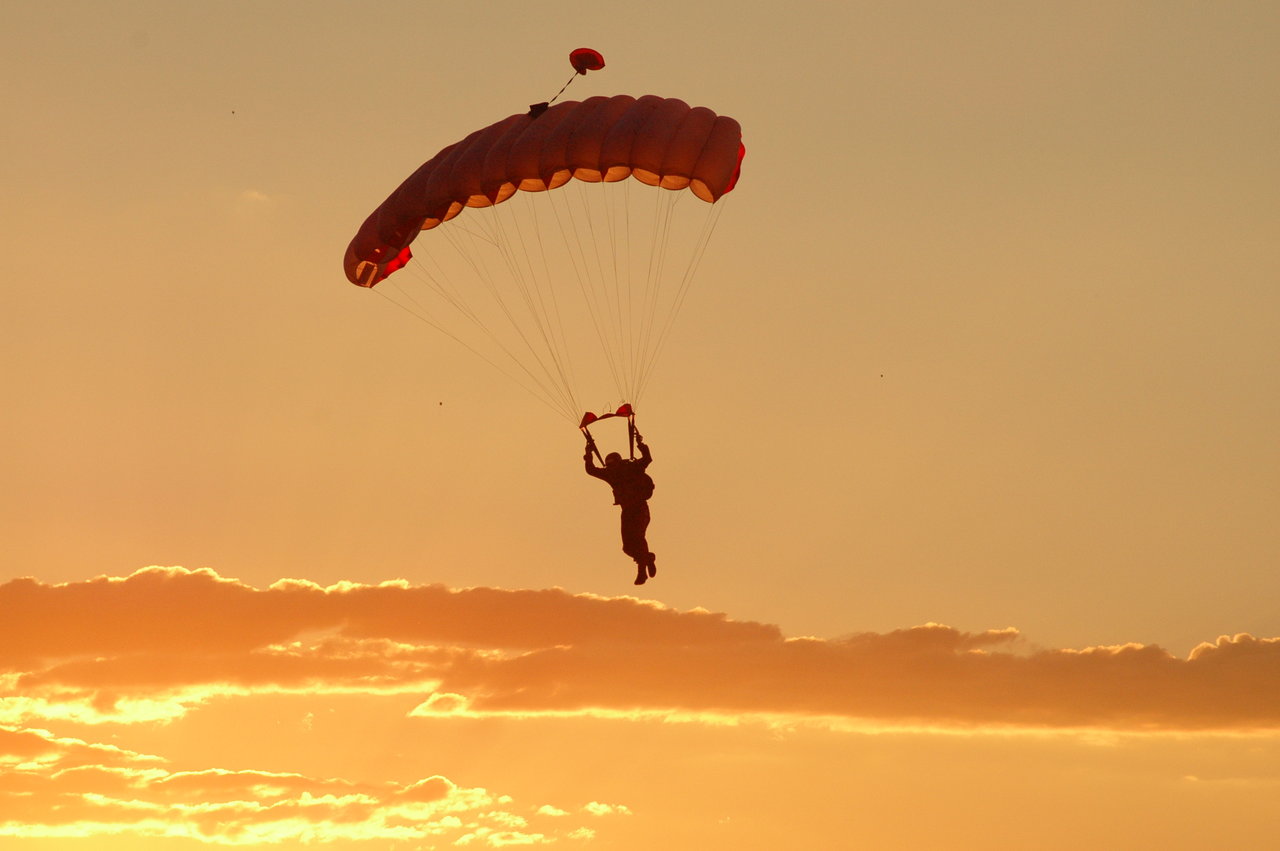 Uniquely in the country, the plane takes off right out over the beach. So, early-bird jumpers get to witness the mountainous promontory bathed in a luminous, golden glow as the first surfers paddle out to the legendary waves of Byron Bay.

Join the club at Skydive Ramblers

Think you might be more interested in skydiving than will satisfy you in a single tandem ride? Hang out at Skydive Ramblers. This historic dropzone, supported entirely by the nonprofit Toogoolawah Skydivers Club – which has been around in some form or other since the 1960s – exists solely to promote the sport of skydiving. Every member of the staff is a passionate skydiver more than happy to answer newbie questions, and the training program is one of the most thorough around.

Get posh at Skydive Jurien Bay

Hanging around the west coast? There’s loads of skydiving near Perth, of course. But swanky Skydive Jurien Bay has the accolades to prove its dominance. They’ve earned Western Australia Tourism (and Telstra) Awards every year since 2010. The dropzone prides itself on both its shiny new tandem skydiving equipment – far less common than you’d think – and the coziness of its newly constructed facilities.

As a bonus, the sapphire-blue ocean landscape that forms the backdrop of every SJB tandem video is stunning. And even better, everybody looks damn good against that color. 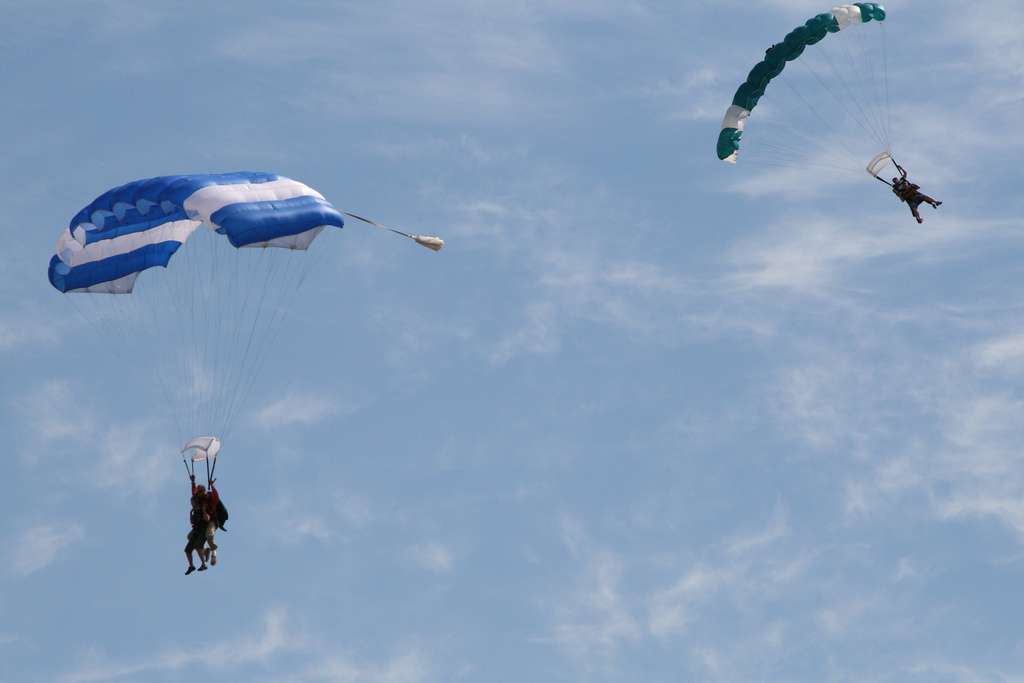 Huck a helicopter at Commando Skydivers

Commando Skydivers boasts the distinction of being Victoria’s longest running skydiving club, with over 51 years of continuous operation alongside southern Australia’s stunning Westernport Bay. If you’re a motorcycle racing fan, you undoubtedly know the place – it’s home to the legendary Philip Island Circuit – where among other stand-up-and-cheer moments Ducati rider Troy Corser won the Superbike World Championship in a nailbiting bid for gold in 1996.

Commando Skydivers offers year-round tandem rides from their ‘normal’ stable of planes, but call up and ask them for something special. These include a helicopter jump from 10,000 feet, with panoramic views of the track, French Island, Melbourne and the Dandenong Ranges. It’s on the expensive side, but worth it.

So there we have it our top 5 destinations for the best tandem skydive in Australia. 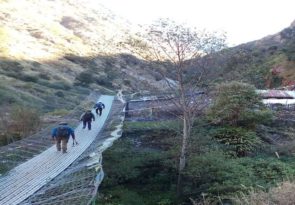 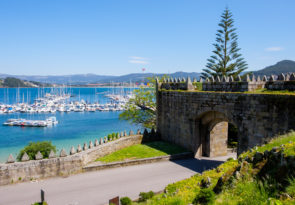 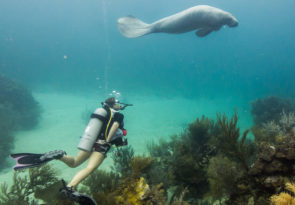 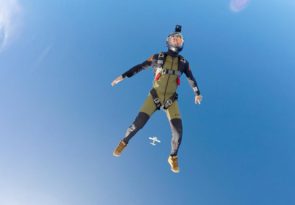 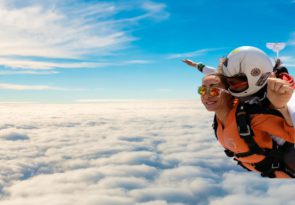