As pretty much a beginner, heading off for a surfing holiday in Nicaragua, with its reputation as a serious surf destination, seemed a little daunting. As it turned out, I really needn’t have worried. Unforgettable memories, new friends and a vast improvement in my technique are three things to shout about in this Surf Tours Nicaragua review.

My Surf Tours Nicaragua review is an honest and, hopefully, helpful account of the experiences of a novice heading into the world of surf camps. And not having been to Nicaragua before, there was bound to be an extra element of spice thrown in.

The nearest airport is in the Nicaraguan capital, Managua, where there are a number of international flights from several US cities and Europe. Surf Tours Nicaragua will usually arrange to pick you up from the airport as getting the bus out to their base in Miramar can be pretty tricky.

It’s also worth bearing in mind that while one of the safest and friendliest countries in Central America, Managua doesn’t have the best reputation. Even though I had no trouble getting around, having a friendly and experienced face meet you at the airport when you first arrive will help to ease you in.

As I was currently travelling through Central America, I’d arranged to get picked up on the old road to Leon. And in the salubrious surroundings of a supermarket car park, I was met by Alex and Beto from Surf Tours Nicaragua.

From the outskirts of Managua to the camp took about an hour (add on another half hour to get to the airport) – so it’s much closer and more convenient than some of the camps down the coast to the south.

The drive passes through some pretty spectacular but very dry country, surrounded by vast conical volcanoes. One of which, the local giant Momotombo, had blown its lid only a few hours previously and was still (reassuringly) smoking as we drove past.

Arriving in Miramar, you quickly realise that it’s little more than a small fishing village. But the lack of crowds and strips of bars also means that there are fewer people in the water. And that, I’m told, is a very good thing in the surfing world.

Set right on the beach, with a couple of houses, a pool and raised cabana overlooking the ocean, it’s pretty much its own self-contained compound. There’s a pool table (which has seen plenty of action), a big dining area, hammocks, loungers – basically everything you need to relax and soak up some fun and sun.

More importantly, there are several fridges stocked full of ice cold beer (and apparently some other kinds of drinks). They operate on an honour system (just the way it should be) – you drink it, you pay for it later. At $1 a beer, it’s reasonably priced too.

There are a couple of rooms stuffed with boards (of all shapes and sizes), suits, rash guards and generally all the kit you’d expect. If you can’t find it, just ask and it will be produced as if by magic from some other corner of the compound.

When you’re fully kitted out, stumble your way down a staircase and you’re on the beach. Perfect.

There’s a choice of private rooms and larger dorm style accommodation but they generally like to keep things small and intimate (never more than 11 guests in several small groups or 17 in one large).

Mine came with an en-suite and, without being super luxurious, was spotless and more than ample for my needs. Besides, outside of sleeping, I was probably in the room for a total of ten minutes. This is not really an inside kind of place.

No review of my surfing holiday in Nicaragua experience would be complete without mentioning the incredible food. It’s served in four meals a day – breakfast, brunch, lunch and dinner. The kitchen is a busy hive of activity throughout the day and each time another sumptuous meal is delivered, a bell is rung and we all gather to eat together.

Not only is this a nice touch, but when the bell rings, we start to slobber like the Pavlovian dogs we are, eager to get to the grub. It’s simple but excellent cooking, and pleasingly consists of some local dishes. I seriously had no idea beans could taste so good.

Each and every meal delivers. And if you’re still hungry, help yourself to leftovers and snacks. It’s all about making yourself at home in Miramar.

To continue on that theme, clearly a lot of effort has gone into making you feel like it’s your own place. It’s an easy thing to say but harder to actually pull off. But to a man (and woman) all the staff really make you feel welcome, and soon feel more like friends.

They’re more than happy to clean up after you, check you’re ok or offer you a drink. But it somehow feels wrong. You wouldn’t ask your mates to do it for you, so you instinctively start chipping in.

It’s worth pointing out that there are other surf camps at Miramar. And while some of them may appear swankier, tellingly, each night people wander in from other camps asking if they can hang out.

You might be able to pay for a bigger pool but creating an environment where people genuinely feel welcome is priceless. Camp managers Alex and Shawn are always on hand, and surf instructor Charlie is a calming and charming presence.

A real surfing holiday in Nicaragua

Being mostly a beginner I can only really relay my own experiences of surfing here. I’m reliably informed by surfers I’ve met on my travels that Miramar is a serious surf spot, with people coming from all over the world to check it out.

The week I’m here, it’s a little calmer, which is probably for the best. It means I get the chance to build a little confidence in the smaller surf. We drive out to El Transito, one of the top local spots, where I’m pummelled by wave after wave. But it’s about the perfect level for someone with a little experience needing a few challenges to improve.

Charlie gives some good instruction, pointing out some major flaws in my technique (and kindly sparing me a full breakdown of what I’m doing wrong). But making incremental adjustments is definitely the best way to learn.

Along with some nice beginner sized waves, out on the point at Miramar there’s a much bigger break. Here you can see the big boys at play. I imagine how many hours practice I’ll have to put in before I get to that stage. Tellingly though, the moment I wake up the next day, I want to get straight back in the water.

Other activities and add ons

Of course, you can’t surf all of the time (although some clearly try). And apart from enjoying a couple of beers and one of the most extraordinary sunsets I’ve ever seen from the cabana, there’s plenty more to do.

A night out in the colourful and vibrant city of Leon, ending up in a salsa club watching the locals dance (similar feelings about countless hours of practice come to mind), is a welcome step up.

We also go to watch camp locals Marvin and Beto play baseball against the neighbouring village. It turns out to be one of the most memorable experiences of the trip, drinking beers and hanging out with the local baseball nuts.

Owing to the eruption, sadly the volcanic parks are closed. Usually you can get the chance to hike up to the crater, and even volcano board back down again. But it’ll have to wait for another time.

There is a chance to fit in some yoga – a much needed restorative for my battered body. Stretching in the cabana at sunset is another unforgettable moment amongst many.

Surf Tours Nicaragua also offer a whole range of other activities and excursions, including massage, Spanish lessons, sea fishing (in the camp boat) and motorbike riding. Just ask if you want to try anything and you’ll be fixed up.

To be perfectly honest, I had no real idea what to expect from a surfing holiday in Nicaragua. As a beginner, I was a little concerned that I’d be metaphorically and, at times, literally out of my depth. I couldn’t have been more wrong.

On this surfing holiday in Nicaragua, there was none of the surf hierarchy and snobbishness that I have heard goes on at some camps. I never once felt patronised about not knowing terminology or awkward about asking for advice. The guides seemed genuinely interested in helping me improve, and their own enthusiasm for surfing was a real inspiration.

Just before I finished my own surfing holiday in Nicaragua, I heard that they were expecting a huge swell to come in the following week. And I really hope the guides and their next set of guests are all having as much fun as I did catching some waves.

If you liked this Surf Tours Nicaragua review and fancy booking a Miramar surfing holiday in Nicaragua then you can find out more at: www.surftoursnicaragua.com 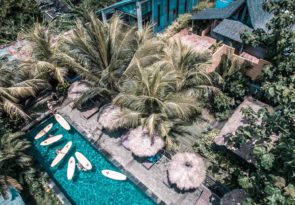 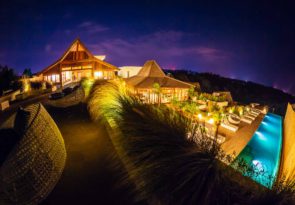 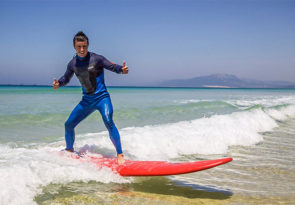 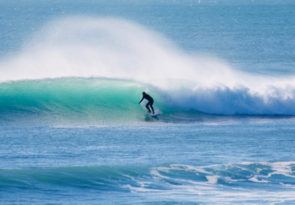 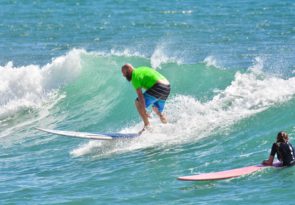 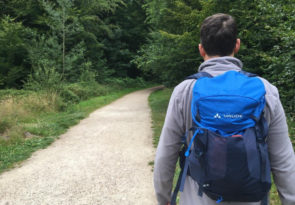