Over the past couple of years, I have organised 2 tandem charity skydiving events for my local hospice in Yorkshire. The first time I didn’t have a clue how to organise it, or how to convince my friends to take part in this exciting adventure. However the Skydive Hibaldstow dropzone, guided me through the process of organising the parachute jump for my group. 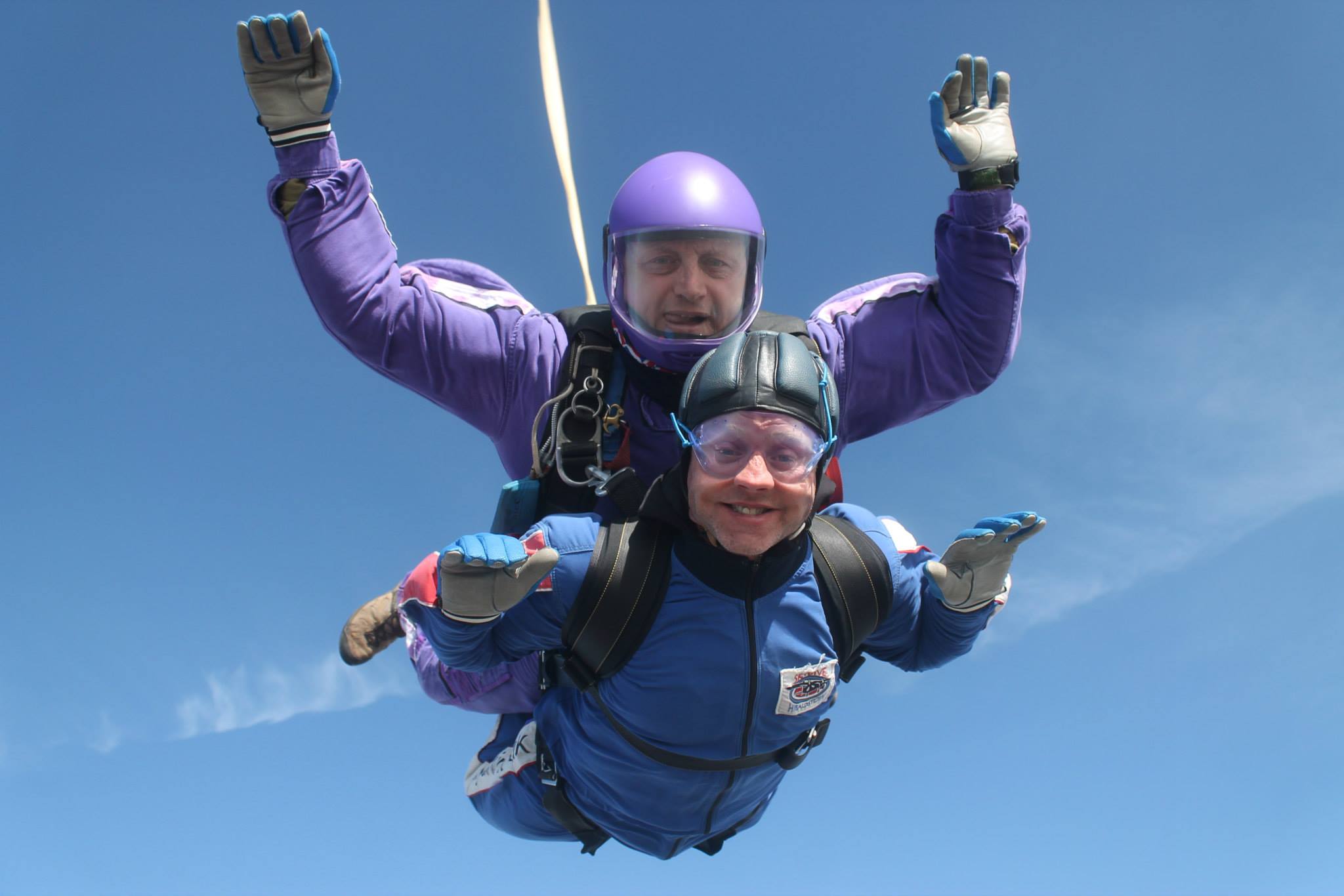 In this article, I want to go over some tips of how to make charity skydiving events happen, to help you have the experience of a lifetime.

I’m in my mid 40’s and for a long time had wanted to make my first skydive, but had no idea what to do. I wouldn’t call myself the adventurous type or even a thrill seeker, however I had heard that ordinary people like me have taken part in something called a tandem charity skydive. That’s where you are harnessed to an instructor who takes you into freefall and looks after you.

I made my first call to the office at Skydive Hibaldstow and told them about my idea to do a jump. They asked me a few questions about myself such as whether or not I was healthy and what I wanted to achieve. I wouldn’t call myself particularly fit, I certainly don’t go to the gym. That being said, they told me I was fine to jump as long as I could get a medical form signed by my GP (anyone over the age of 40 needs one). That was the easy part.

The office then suggested I raise some money for a good cause and I thought that my local hospice would be a great idea. If you raise enough money (double the cost of the jump), then part of your money goes to the charity and part goes to pay for the jump. Arguably, you might say that it is in fact free! I was also told that the cost of the jump would go down as more people who took part so I set about arranging the first of my charity skydiving events.

I had a chat with my friends at work and some old school mates and I initially had a group of 14. Fantastic stuff! So I contacted the dropzone and set a date for July. They then asked for deposits to reserve our booking and that was when things changed a little. Some of the group started to drop out and 14 became 7.

After some advice from the dropzone, I re-contacted those that had dropped out and invited them over for an evening at my house. I showed them a promotional DVD sent to me which explained how the jump worked and how normal people like me were doing tandem jumps all the time. This made a big difference and by the end of the evening I had a group size back to 10. 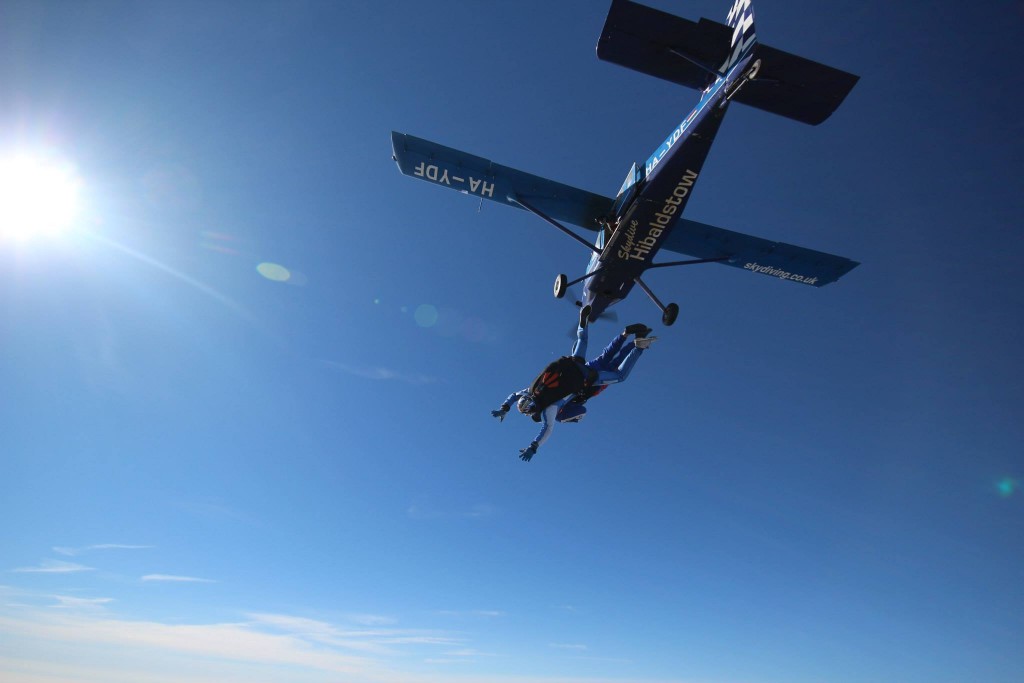 Tips on raising money for charity

There are many ways to fundraise for a good cause including sponsored diets, walks, silences and even fun runs. However, I quickly discovered that charity skydiving events are something different, something unusual and friends and family were quick to offer their money.

I put a poster up at work with a photo of someone in freefall and also played the promotion video one lunchtime in a meeting room. My boss said he would contribute £200 to the cause but only if there were proof I had done the jump.

I discovered you can also hire a skydiving cameraman who films you and takes photos during your special day. It does cost about £90 more, but there would be the evidence I had actually done the jump.

As the date of the jump came closer, there were 2 friends of mine who were struggling to raise enough money. Both of them were from small families and were full-time Mum’s, so they didn’t have the large sphere of people to support them. I suggested they look further afield. One them went to their local pub and organised a fundraising night asking locals to contribute £1 per drink to the cause; the other friend got permission from a local gym to play the promo DVD at their gym reception and that also did the trick.

The day of the jump

With all the funds raised, the group went to the dropzone one sunny Friday in July. We were greeted by the reception staff and taken into a classroom to have our training seminar. I say seminar, it only lasted 20 minutes, but that was enough to learn what was expected of us during the tandem jump.

It goes without saying that I was feeling decidedly nervous before I arrived at the airfield, but the briefing helped a lot with that. I also had a lot of sponsors to impress as well.

My instructor was called Jordan and he fitted my tandem harness securely. “Don’t worry he said, you’re with a professional”. I know that sounds corny, but it really felt comforting. Jordan guided me onto a small aeroplane they used (I later found out, it is called a Dornier G92) and I sat down next to 2 other friends in my group.

After what seemed to be only about 10 or so minutes, the instructor tightened all the harness buckles and did his checks. We were the first tandem group to go out and our cameraman opened the door of the aircraft. Looking straight down 15,000ft, I could see the runway strip directly below me. 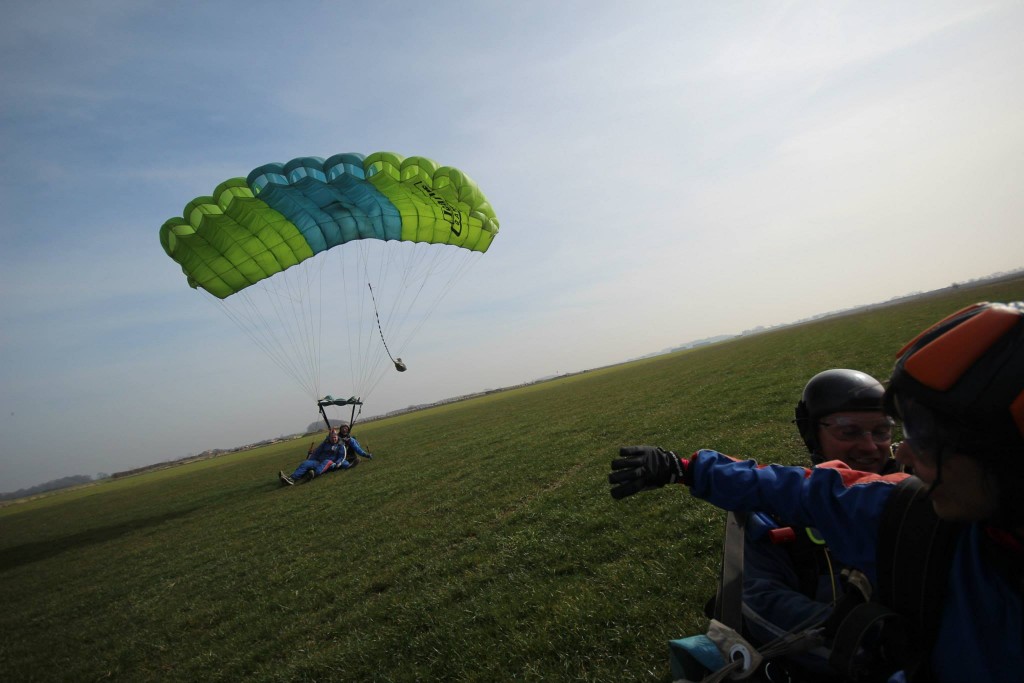 He gave a “ready, set, go” and out we went. Within I few seconds he gave me a tap on the shoulders and I adopted the basic freefall body position. It wasn’t anything like I expected, it was a gentle floating sensation, but very very windy! I quickly realised it was an enjoyable experience and smiled to the cameraman enthusiastically. Snapping away with his camera, we spiralled around and I got a wonderful look at the Lincolnshire countryside falling at 120mph.

After approximately a minute, I felt a rapid slowing down as the parachute gently opened above my head. Jordan said “Did you enjoy that”, I replied “Not half, I could get into this sport”. Under the open parachute, it seemed like a part 2 of the adventure as we quietly floated back to terra firma.

We landed in front of all the spectators in a large grassy field sliding in on our bums. That was it, I had been returned to the earth safely!

I can comprehensively endorse making your first skydive as a great experience that you won’t regret. In the end, I raised over £800 for the hospice. Who knows what I will do for my next thrill-seeking adventure? 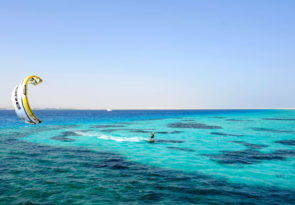 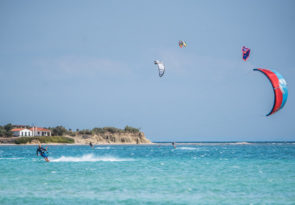 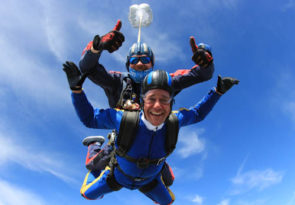 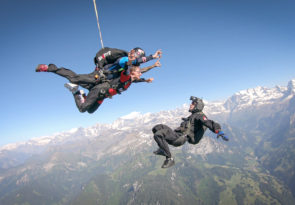