Paragliding in Europe: Home of the World Champions

Paragliding in Europe, from the icy wilderness of Scandinavia all the way down to the semi-tropical beaches of the Algarve, there’s an impressive assortment of destinations – and hard-won competition silverware… 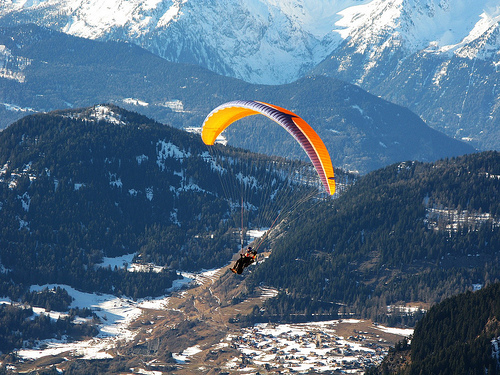 Home of the World Champions

A European has won every single Paragliding World Cup since its inception in 1992 – that must tell us something about how seriously the sport is taken on the continent!

Is it the climate or the culture? Could it be just down to the geographic variety, or is this a sport that’s yet to spread around the globe? Here’s more about what’s available and where to find your wings.

In many ways Switzerland is Europe’s capital of paragliding. One of its citizens, Christian Maurer, won the World Cup three times on the trot and such landscapes as the Engadine Valley in the Swiss Alps provide beautiful backdrops for the sport.

Beginners who want to enjoy such vistas are recommended to fly with a qualified instructor on a tandem paraglider experience. Tandem rigs feature higher trim speeds and a higher sink rate than solo equivalents.

If you are looking to try paragliding in Europe ski resorts in the Alps have launches and offer tandem experiences both summer and winter. So whether you are in France, Austria, Italy, or Switzerland you will be able to have a go. 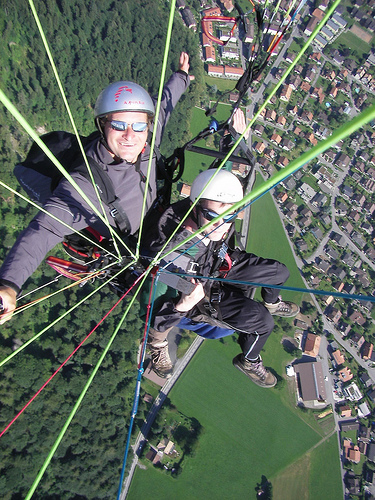 When you’re confident enough to catch the lift all by yourself, it’s time to solo glide.

There’s no better way to see the undulating countryside of the Emerald Isle than by hiking the 203 metres up Ballyelly Hill in Munster and launching yourself into the hearty north winds. Occasionally these can come on strong, creating a fold risk.

Once you’re airborne, though, hours of soaring are possible. But try to avoid landing among the occasional herds of cows hereabouts.

Coo in eastern Belgium (Gliding Ratio 3.82) offers paragliders the chance to fly over a comely little wood and a slow-trickling river. The going should be easy lest you encounter the turbulent south wind which is known to strike in November and December.

When you land, there is a chairlift to take you back up the top which is heavily discounted for pilots.

The Skies of Cyprus

When visiting Cyprus paragliding is one activity you should sample. Highline Air Tours, based in Kyrenia in the northern, Turkish-controlled part of the island, offer great tandem taster packages.

When you’re confident enough, take yourself out to Cyprus’ ancient hills where there are a whopping 8 top-class paragliding launches aided by a steady supply of coastal wind.