Welcome to part two of our Central American over landing extravaganza. This week, we’ve been Nicaragua volcano cycling on Ometepe Island, one of the biggest and most active volcanoes in the region.

We leave Costa Rica on a series of buses, deteriorating in quality, until we reach the border with Nicaragua. This is by far the most terrifying and confusing border crossing I’ve ever encountered. A known drugs route, it’s made worse by the fact a few hundred Cubans are camped on the Costa Rican side having been refused entry to Nicaragua (a close ally of Cuba) on their way to the US.

Finally making it over the official border, it’s straight onto a classic ‘chicken bus’, crammed with way more people than seems safe. In a reversal of our custom, an old lady stands to offer us her seat, and won’t take no for an answer. She then plonks herself on someone else’s lap.

It’s a one-hour death ride to Rivas and then onto San Jorge on the shores of Lake Nicaragua, a vast inland sea. Clearly visible is the island of Ometepe, a landmass consisting of not one but two volcanoes. Only one is active but both look exactly like a schoolchild’s drawing, minus only the lava spewing out the top (more of that later).

The ferry crossing usually takes an hour or so but we’re held up for an extra three in port. Apparently, the Nicaraguan navy aren’t happy about us sailing in the high winds (it’s boiling but basically blowing a gale). This is annoying but seeing as a few weeks back a ferry went down here in similar circumstances killing pretty much everyone on board, we’re happy with the decision.

Once on the island we stay in the peaceful tropical garden hostel Hospedaje Soma. Cold beer in the fridge on an honour system – this is my kind of place. Rooms are big and clean, and the staff happy to help. It’s located just outside the main town of Moyogalpa, a boisterous kind of town but rumoured to be the safest place in Central America.

The plan had been to hike up the bigger of the two volcanoes, Concepcion, very much still active and apparently smoking for the last few days (great news). However, high winds rule out the ten-hour hike up and down to the crater at 1,600 metres. At best we’re allowed up to 1,000 metres but, hey, we’ll get free entry to the national park (usually about £1.50). It doesn’t seem worth the effort somehow and we opt instead to hire scooters and explore the island.

It’s a truly spectacular day but we can’t help feeling a little lazy. The next day it’s back to pedal power, heading out onto one of the few paved roads on the island before we hit the slightly more rugged Charco Verde (Green Swamp). We encounter a group of howler monkeys and a stunning volcanic black sandy beach.

It’s not the rugged volcanic hiking experience we wanted but Nicaragua volcano cycling on Ometepe Island still delights. This is a wonderful place, completely unique. But then how many other towns do you know built on the side of a volcano in the middle of a lake the size of Yorkshire?

The ferry crossing back is slightly more mundane, and from there it’s a few more buses, of even more deteriorating quality, towards the city of Granada, Nicaragua’s oldest colonial hub.

If this article about cycling on Ometepe Island inspired you to book a trip then check out the Central America discounts available through AWE365. 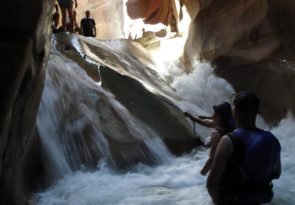 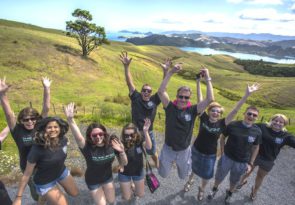 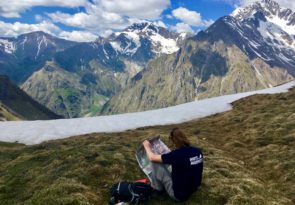 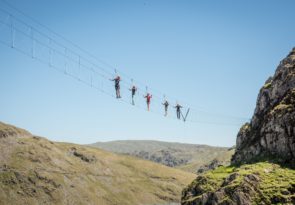 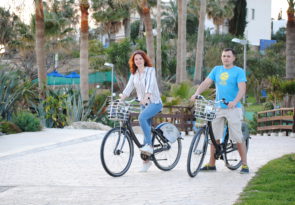 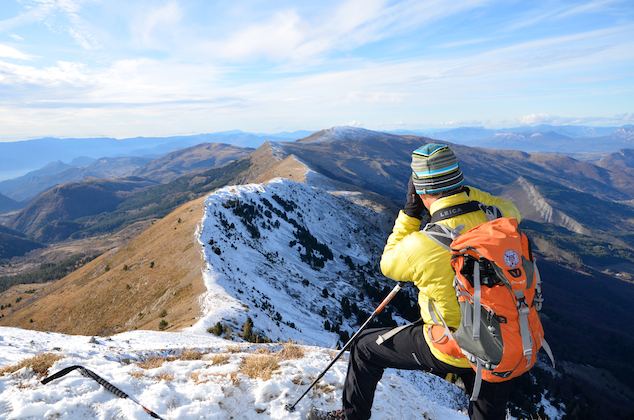