It is easy to overlook mountain bike touring in Italy, thinking more of the country’s love of road cycling. This is partly because the Giro d’Italia is one of the world’s premier (and oldest) professional cycling races. But there are plenty of great Italian MTB routes that offer as much challenge and loads more fun. 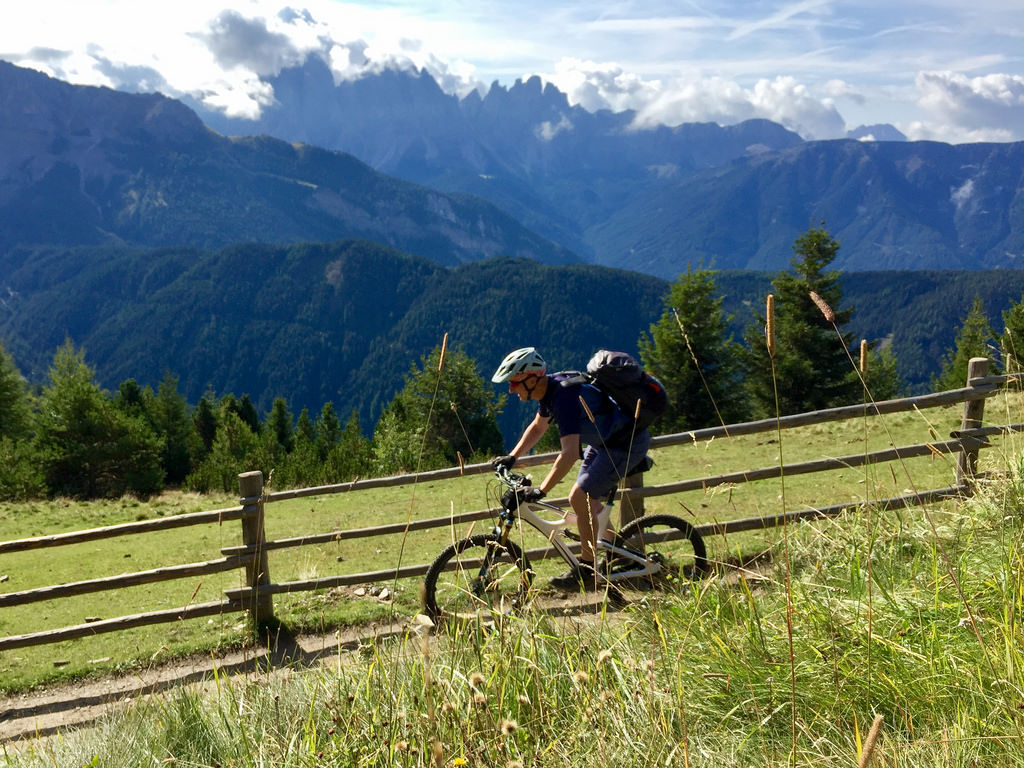 Road cyclists flock to Italy, but what they don’t realize is that within the forests of the mountain stages lies a unique and extensive system of dirt trails. These paths crisscross the Italian peninsula and offer up plenty of off-road fun.

And the Italians have been using them for ages. For example, in 1996 Paola Pezzo won Olympic gold in the women’s mountain biking. This was the sports Olympic debut in Atlanta.

Italians have a passion for off-road cycling and so should you. It is the best way to avoid the crowds and see the most beautiful parts of the country. So why not swap tarmac for dirt, get out in the wilds and do some mountain bike touring in Italy.

Here are some of the best routes I’ve ridden in Italy:

Undoubtedly one of the most beautiful areas in Tuscany, the Crete Senesi lie just south of Siena (Florence’s rival town to the south). The name means literally “sienese clays” and the countryside maintains a darkish hue that is unlike any other part of the region.

The terrain is undulating and is a great primer for kids. And full of wildlife. You’ll see fox, magpies and possibly wild boar! It’s dusty in summer so you’d want to cover your mouth as you ride.

There are plenty of excellent villas in Tuscany if you want to stay in style. Alternatively agriturismo – farmhouses converted into hotels – has exploded in recent years. so you can enjoy mountain bike touring in Italy based in local, traditional accommodation.

Off in Italy’s western Alps, lies a certain trail with an amazing history. Known as the Via dei Briganti – or “Smugglers Way” – it was the old road used by contraband merchants to avoid heavy taxation and duties over a hundred years ago.

Today, this single-track snakes up some tough climbs and down into luscious valleys of green grass and granite stone. This is a favorite route from which to view an otherwise undiscovered section of the Alps. With plenty of mountain huts and Italian rifugio along the way helping to create a multi-day adventure on one of the great Italian MTB routes.

Sardinia is synonymous for is sandy-white beaches and emerald coasts. But the inland part of the island is just as spectacular. Sardinia was once mined for its rich mineral deposits, and now the network of trails and paths has created some of the most thrilling (and challenging) mountain biking in Italy.

Climb up through narrow single-track into thick forests, and then descend on sketchy loose scree to the coast. Amazingly varied, these trails will also lead you to excellent rock climbing crags for a fun adventure on the side. Along the way stay in some of the quietest villages imaginable for the night.

Mountain biking takes on a different meaning when you’re true to its name: biking on a mountain. Mount Etna in Sicily is one of the great Italian MTB routes for the active mountain biker who also happens to be food-savvy. No other region of Italy gives you the beauty of the coast with the total lunar-landscape of this active volcanoes mighty sides.

The lava rock is sharp and I’d recommend wearing long trousers since the winds are strong and cold at the summit, even in the middle of summer. Bike down along Randazzo (a village made from lava-rock), Nicolosi (known for its wines) and into Catania (delicious seafood). Be aware the volcanic ash – made primarily of silicon – can be treacherous when damp.

Be sure to check out our mountain biking holiday discounts as you could save a fortune on your next adventure. 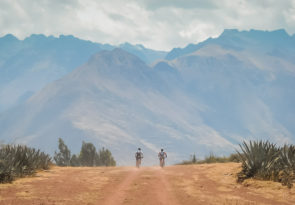 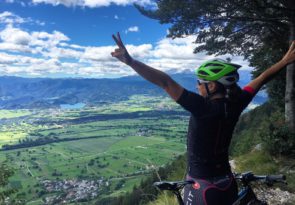 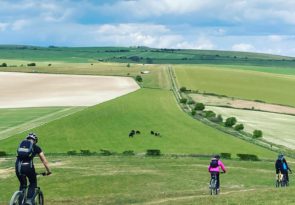 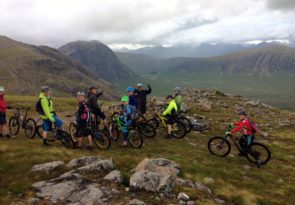 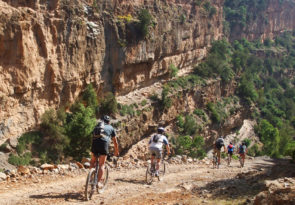 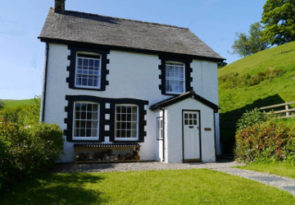 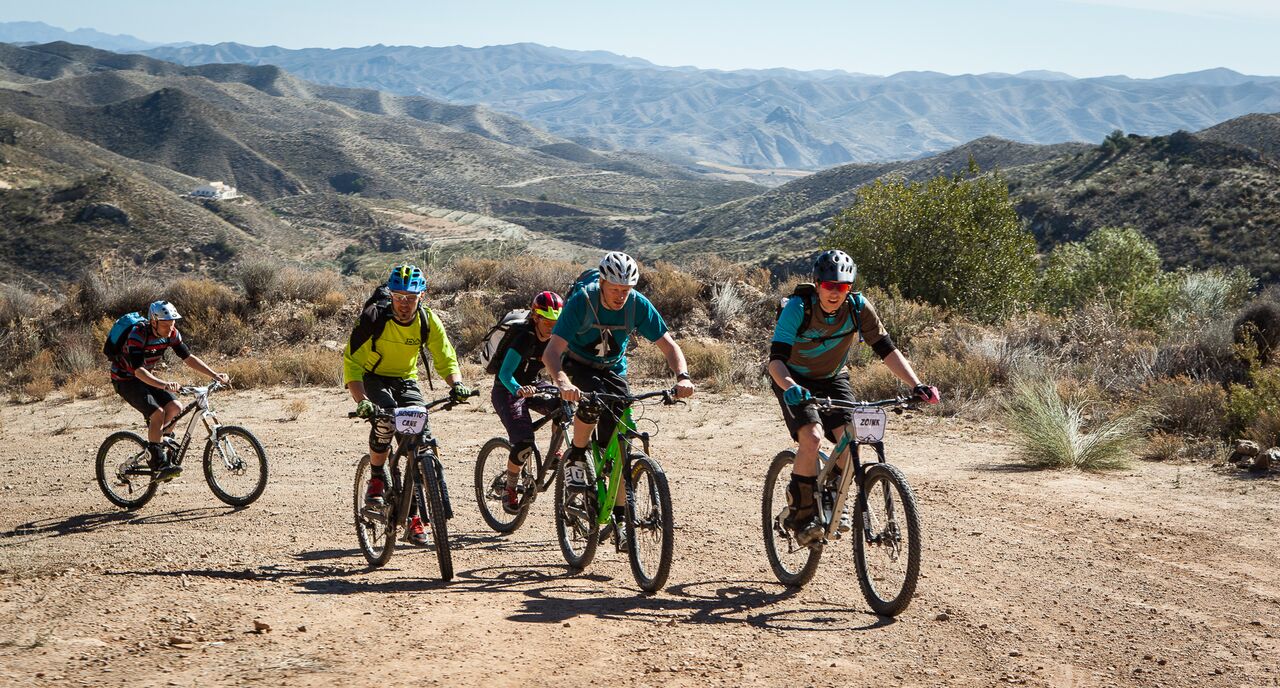 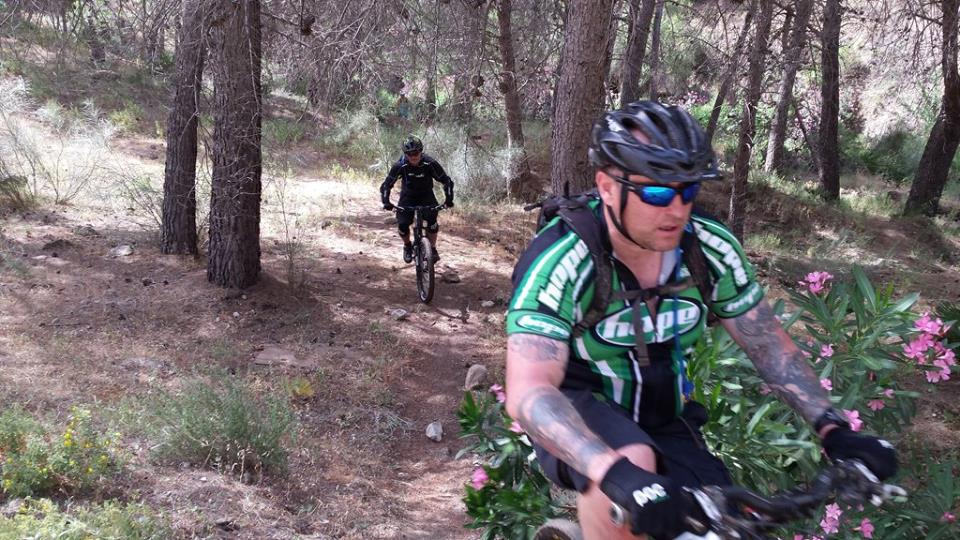