Welcome back to another edition of Interesting Snowboarding News 2014 – your guide to everything board-related that’s happening on slopes around the world. This week we bring you news of Jackass slopestyle events at the upcoming Olympics, moose chasing, global snow conditions and drone cameras, as well as everything else that is going on. 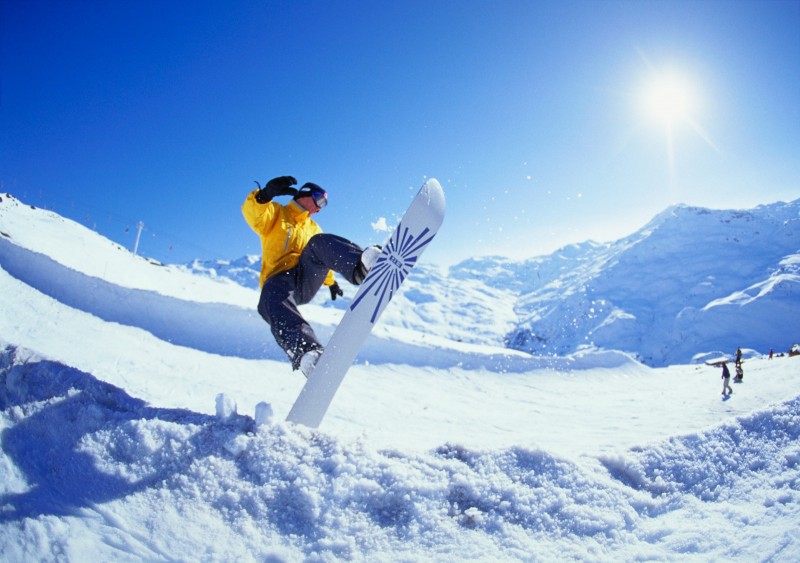 If it’s happening on a snowboard and we find it interesting then we will write about it, also check out the deal of the week at the end of the article. So, whether you’ve got your own trip planned or are involved in the scene, keep reading for all the latest news. As always, we start with the weather and slope conditions around the world.

Freeriding is much more of a reality in much of the Alps now than it was in the month up to Christmas, as the second – or in some cases – third waves of snowfall have continued to improve the off piste options at many of Europe’s leading resorts.

Ski areas in the southern and western Alps seem to be faring particularly well thanks to the latest snowy deluge which brought up to 60cm (that’s two feet) of snow. The falls were mainly in the Dolomites and resorts like Avoriaz in the Portes du Soleil on the French/Swiss border, in a little more then 24 hours over the weekend. Since then the sun has come out, temperatures are up and there’s fun to be had, so long as you play safe. 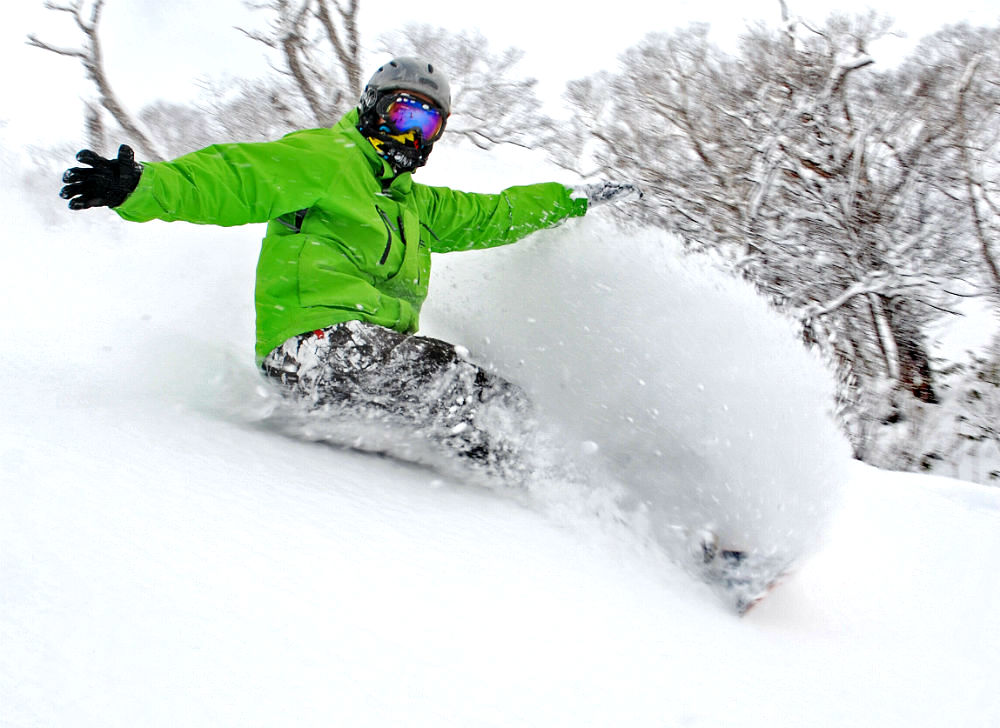 The country that isn’t doing so well, at lower elevation resorts at least, is Austria. Most areas have adequate snow cover on their pistes but could do with some big falls to bolster cover off the groomed runs.

North America has made the news for being ultra-cold at the moment. That does not fully translate to ultra snowy but none-the-less significant fresh powder snowfalls have been reported in Colorado and at resorts in New England. Marmot Basin at Jasper to the north in Alberta, Canada claimed a 40cm accumulation in 48 hours at the weekend too.

In an NBC broadcast in the USA last week (January 7,), veteran ‘sportscaster’ Bob Costas describes new snowsports disciplines introduced at the Sochi Games as ‘Jackass stuff’’ – leading to a heated debate on Facebook and Twitter.

In the broadcast, running to coincide with a month-to-the-start-of-the-Olympics date, Costas said of the newly included slopestyle events,  ‘…this stuff is just Jackass stuff that they invented and called Olympic sports.’

Online opinion was divided, with many critical of Costas Jackass slopestyle comments but some posting in agreement. One commented: ‘As someone who loves snowboarding, I’m not inclined to disagree. I’d be perfectly content if they purged all of the snowboarding (and skiing) events that aren’t associated with a) how fast you can go or b) how high and/or far you can jump. All the trick stuff belongs in the X-Games.’ 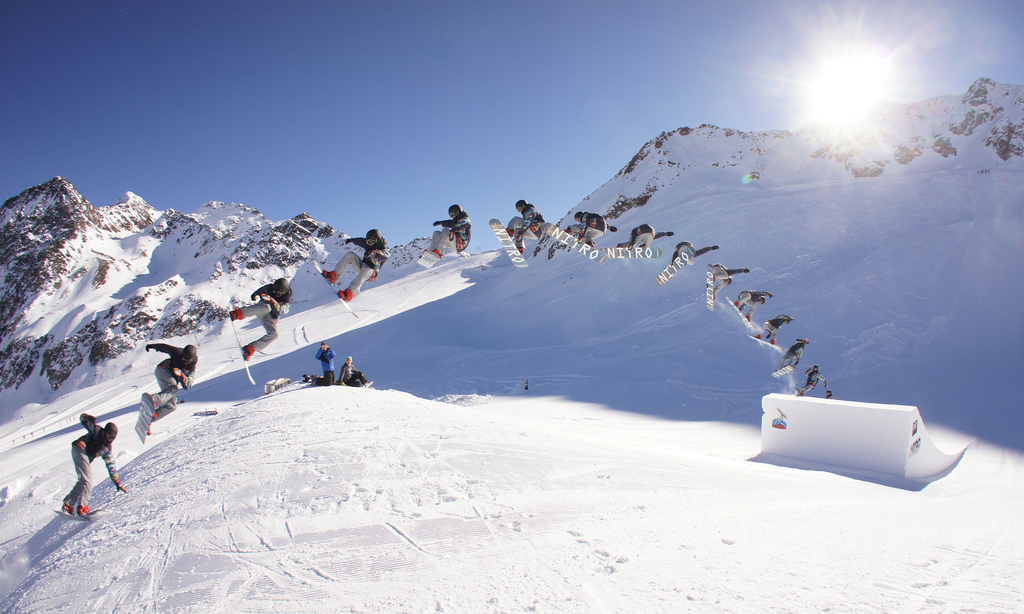 But the opinion of many is that slopestyle (maybe they really should call it Jackass slopestyle) is an awesome event that warrants inclusion in the Olympics. Diving, trampolining and gymnastics are essentially ’trick stuff’ and are part of the summer Olympics so it’s good to include snow-based events that use some of the same skills.

A 21-year-old snowboarder has been fined $250 for  ‘animal harassment’ after chasing a moose down a ski run at a resort in Montana, USA.

Officials said the incident could have had a bad result as the harassed moose was seen to turn and move towards the snowboarder at the end of a video which he posted online of the chase.

The video, posted on Facebook, was used as the evidence against the snowboarder by the authorities after a resort employee was made aware of it and passed on the link the US National Forest Service.

Ischgl, in the Austrian Tirol, has opened its new €18.5 million (approx. £15.6m) cable car, which opens up an area of freeride skiing on slopes, which can accumulate deep snow and were previously virtually untouched. In the past these powderfields below Piz Val Gronda were accessed only by the most dedicated skiers and boarders who were towed up by snowcat. 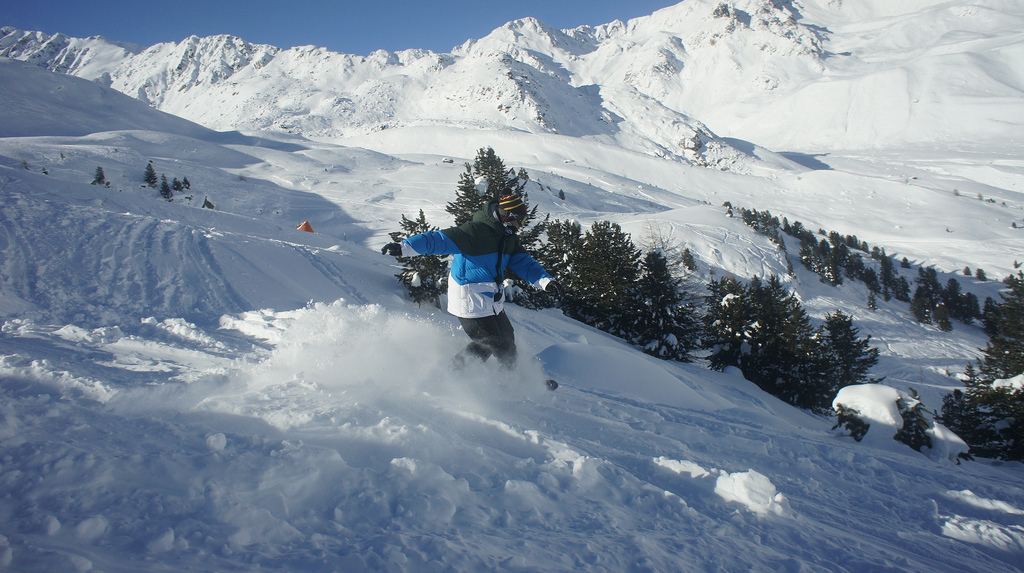 The Piz Val Gronda (PVG) lift is 2,400m (1.5 miles) long and whisks passengers up to the peak in about 5.5 minutes from its base at Vesiltal.

‘This new area enhances Ischgl’s status on the freeriding scene and presents skiers and snowboarders with an exciting new challenge,’ said Andreas Steibl, Paznaun-Ischgl Tourist Director. ‘The new lift is the first expansion to the ski resort of Ischgl since 1989 and has been in the planning for 28 years.’

Rent a drone in Val Thorens

Val Thorens is rapidly building a reputation as the world’s most technophile-friendly ski resort. New this season, skiers and boarders will not only be able to hire Gopro® cameras but also enlist the services of the latest remote controlled aerial cameras.

Mounted on a kind of mini-helicopter, the Gopro® acts as a remote-controlled aerial camera that  hovers a little distance from whatever you want to film, revolutionising video filming with its magnificent aerial shots. Already being widely-used by the world’s paparazzi, you can rent a remote-controlled camera with pilot for a 10 minute session this winter for 50 € (optional retouching and editing service available) from Informations Tophoto Galerie, which also hires out a regular Gopro® that can only fly if you do for 35 € per day (with memory card, accessories, and videos burnt onto DVD) and from 72 € per week. 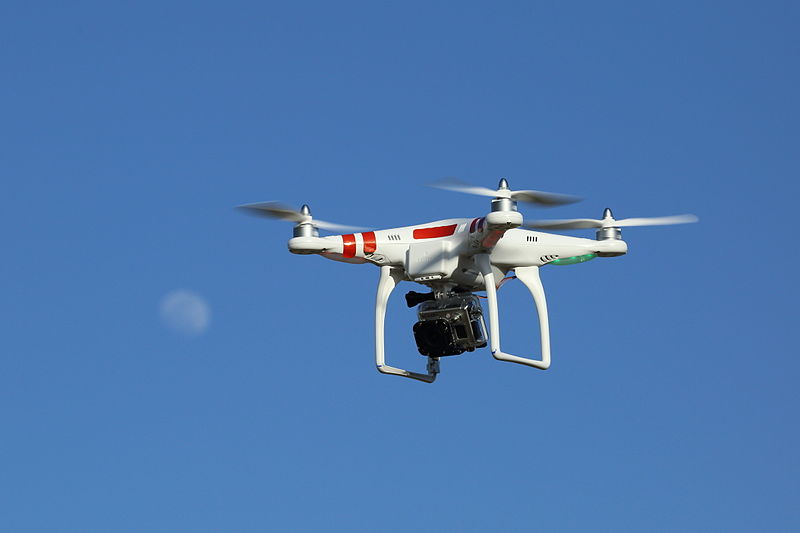 Deal of the week: Niseko

HT Holidays offer a full range of discounts for late bookers in Niseko, Japan. Current deals include two nights for the price of one if you’re booking less than two weeks before your planned travel dates. In addition, with the January 2014 Saver if you book selected HT Holidays accommodation between 21-31 January you’ll get 15% off. There’s also a February 2014 Saver, which when you book selected HT Holidays accommodation between 21-28 February you’ll get 20% off.

Looking further ahead still there are early bird deals for Niseko ski holidays in March 2014, and when you book any HT Holidays accommodation you can get a 15% discount. With all offers there may be limited availability, a limited selection or limited discounted nights available. All current deals are online at: http://htholidays.com/Niseko-deals-and-specials/

That’s it from us this week. We look forward to getting out there and trying some Jackass slopestyle over the next few days. Hopefully there will be some snow where it is needed most, and if you’re off on a boarding holiday, we hope you have a great time.