Welcome to another edition of Interesting Snowboarding News 2014 where we always aim to bring you the very latest boarding news and events from around the world. After the festive period, the season is once again kicking off with plenty of boarding news to tell you about, including snowboarding in Sarajevo. 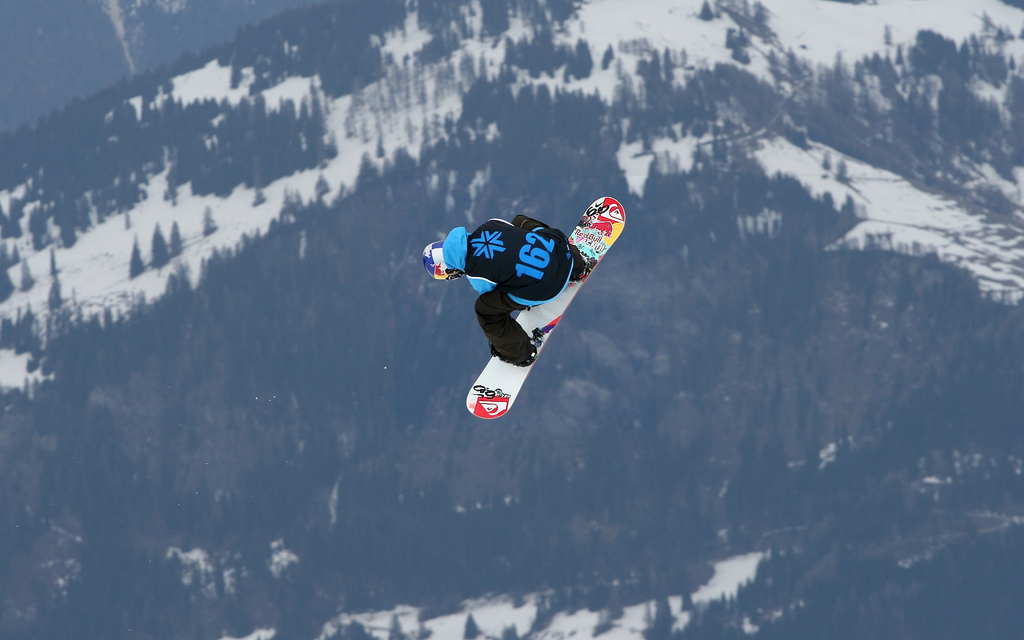 Of course, we will also always try and bring you the latest snow conditions too, so that you can keep abreast of where the best powder is falling across the continent and beyond. And that seems like a great place to start, so here we go.

Snowy weather has moved back across mainland Europe over the Christmas period, greatly improving conditions at many resorts in the Alps, Pyrenees and Dolomites. It’s great news for the start of 2014 and the busiest week of the season for boarders and resorts. Most ski areas were in good shape on the pistes thanks to heavy snowfall in November and subsequent snowmaking, but off piste cover had largely dwindled away.

It’s not good news everywhere, although the snow of the past 72 hours has been fairly constant across mainland Europe, some resorts have fared better than others and the southern and western Alps of France, Italy and Switzerland have largely done rather better than the northern and Eastern areas of Austria.

Ski areas reporting 50cm or more of new snow include Bardonecchia and Arabba in Italy, Adelboden, Saas Fee and St Moritz in Switzerland and Megeve and Morzine in France. Some of the higher glacier areas in Austria have done well too – with Pitztal, Obergurgl and Solden all reporting several feet of new snow.

There’s also been heavy snow in Scotland allowing all five Scottish ski areas to open for the first time this season, some Scandinavian resorts have also reported big falls. Across the Atlantic ski areas in Quebec have had a snowy Christmas too with up to 50cm of new snow reported by areas like Tremblant and Mont Sainte Anne. There have also been healthy snowfalls in Colorado and Utah. 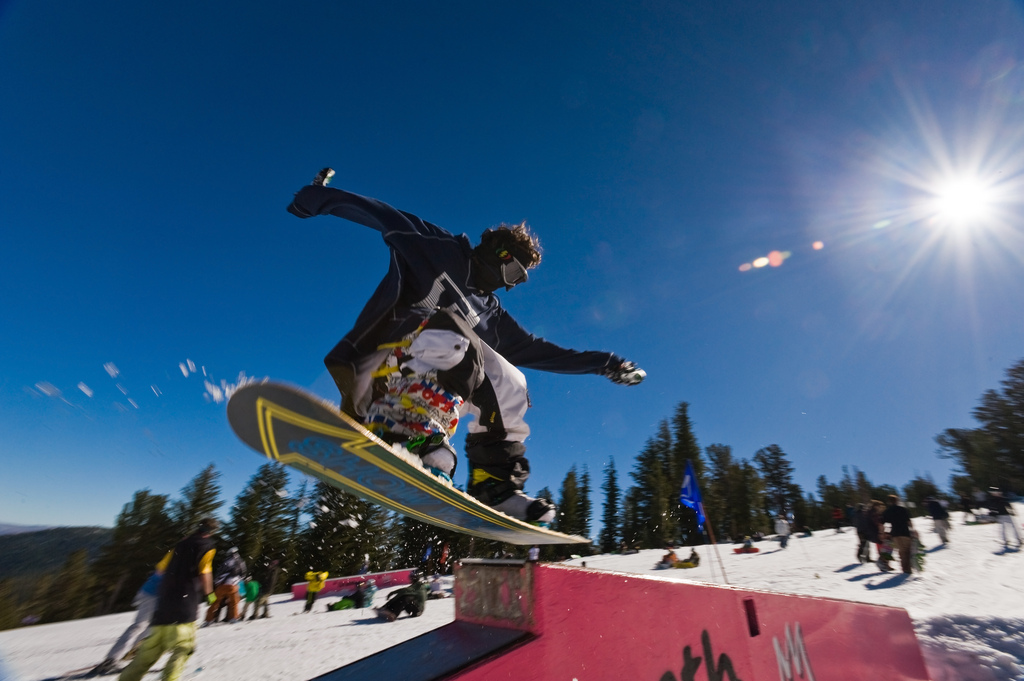 A new Folie Douce mountain top venue has opened 2,300m up at the top of the Marmottes 1 lift in Alpe d’Huez. France is not traditionally famed for its après ski scene (despite the efforts of visiting British, Dutch and Scandinavians) but La Folie Douce creates the kind of après ski excesses more common in Austria and Italy. The new Alpe d’Huez Folie Douce is the fourth after Val d’Isère, Val Thorens and Méribel.

Along with a choice of restaurants and shops, the Folie Douce daily cabaret show on a specially built stage are described as a, ‘high class, imaginative dance spectacular, bringing the dining show concept bang up to date, and taking it high up on the mountain’.

The La Folie Douce team incorporates a clubbing crew with resident DJ, a couple of singers and a mini horn section (sax/trumpet).  There’s an outdoor bar and huge outdoor dance floor where the musical content evolves throughout the day, with lounge-style during restaurant hours, transitioning through the cabaret show to a full-on dance party.

Austria’s St Johann in Pongau has installed two new six-seat chairlifts this winter to replace older lifts and also create a crucial link in a new ski circuit, created by the linking of two other neighbouring resorts.

The new chairlifts at St Johann replace the 25-year-old Panorama Lifts I and II and help deal with the increased capacity expected to be required by the installation of a the spectacular new G Link cable car. This is linking the ski areas on two sides of the valley above St Johann’s neighbour, Wagrain, which has also opened this December. 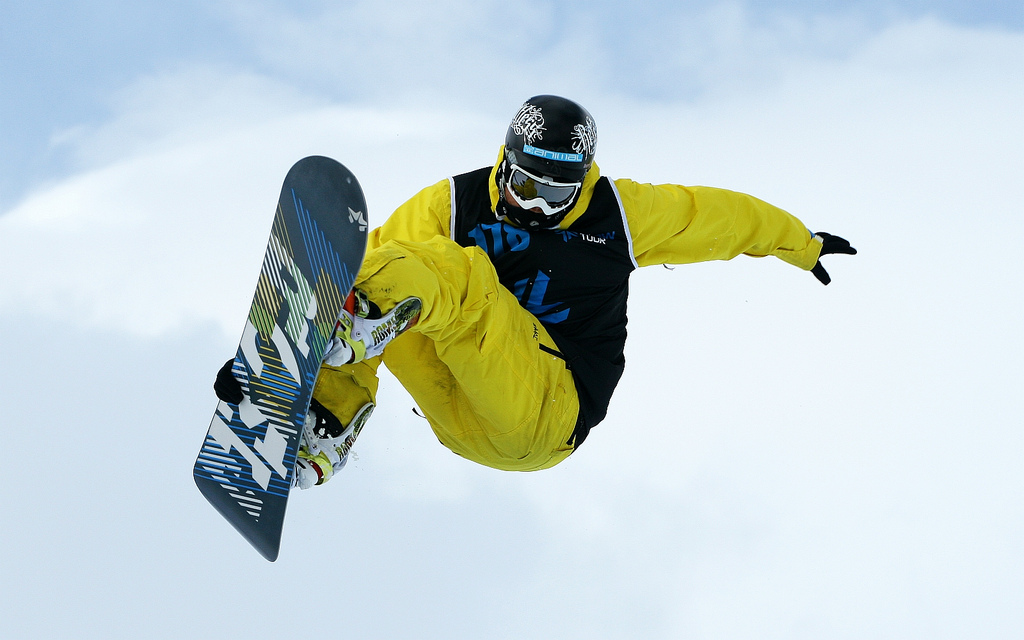 Altogether more than €50m is being invested in the cable car and chairlifts which links 120km of slopes, already all included on the Ski Amade pass. It’s now possible to ski from St Johann via Wagrain all the way to Flachau. The new chairlifts at St Johann are state-of-the art with conveyor loading, automatic locking child safety bars, heated seats and pull down weather protection hoods.

The 4 Valleys, the giant ski area around Verbier, now offer a 15% discount on lift tickets for ‘the young’ above child age. The discount  previously applied to teenagers aged fourteen to nineteen, but now extends right up to age 24 for the 2013-14 ski season.

There is also a Family Discount of about 10% when a family of at least three people ski together. At least one of whom must be an adult (aged over 25) or senior, and at least one a child or single young adult aged under 25. They must buy passes at the same time for the same duration although not all need to buy the full 4 Valleys Pass or sector within, these can be different.

A new tour operator has launched offering holidays to the 1984 Winter Olympic resort of Sarajevo in Bosnia. The slopes of Bosnia’s second highest mountain, Jahorina, offer around 25km of ski slopes for all ability levels and Ski Sarajevo offer holidays in a dedicated ski lodge which plays host to evening DJ sets and exclusive parties.’It’s perfect for young independent travellers looking for an awesome escape that blends plenty of partying and powder,’ said a company statement. 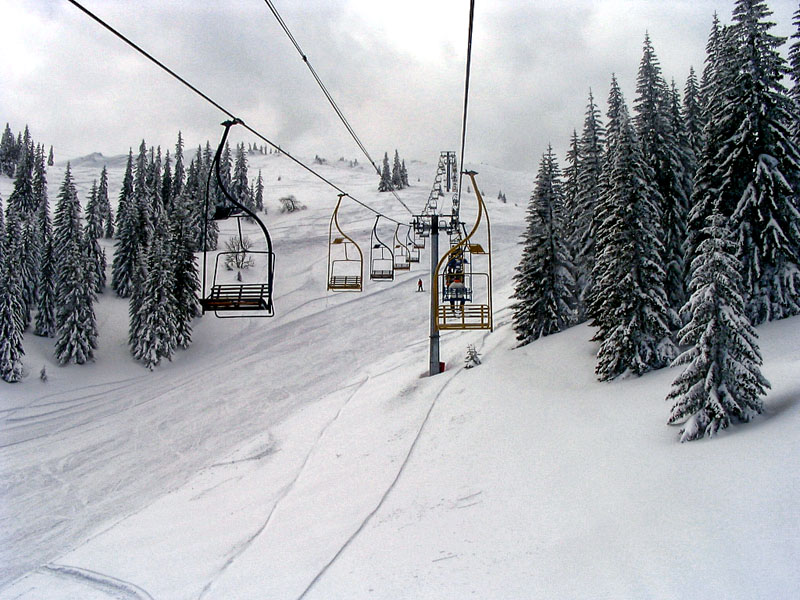 The British company is offering five and seven-day trips to the slopes from £269 per person in February 2014, the price including airport bus transfers, five days’ accommodation, breakfasts and lunches, plus the services of a tour manager but not flights. An additional £100 Event Pass buys a five-day ski lift pass, entrance to all Ski Sarajevo parties on and off the mountain, participation in the Winter Games Festival and walking tours of Sarajevo and Mostar with local Bosnian guides. It looks like snowboarding in Sarajevo is about to take off.

Move over Google Glasses, Les 3 Vallées is producing a special 3 Vallées edition of SCOTT ski goggles which will show ski area data in your goggles screen. The goggles work by using Bluetooth to connect them to the 3 Vallées app (via your smartphone). You can then view your real-time performance statistics (speed, vertical drop, altitude) as you ski along.

You’ll also receive live major information about the ski resort including a range of alerts in real time (weather forecasts, run and ski lift opening times). In order to work the goggles are equipped with Canadian HUD (Head Up Display) and use Recon firmware which is pre-loaded with the Les 3 Vallées app when you buy the goggles. So, apparently, they’re ready to work straight away with no fiddling around to be done.

That’s it for Interesting Snowboarding News 2014 this week. It’s great to start the year with news of a new up and coming area and the chance to go snowboarding in Sarajevo is very exciting indeed. We are sure the rest of the 2014 will bring equally exciting news.