But how did it all get started and what drives the brand to constantly push the boundaries of what’s possible?

Back in 1983, two young surfers – Marc Spitaleri and Greg Wade – bought a small wetsuit company and set out to revolutionise the way watersports clothing was made. Working at a small factory in Huntington Beach, where they’re still based almost 40 years later, the brand evolved from Victory Wetsuits to its current incarnation as Victory KoreDry.

Victory was already a cutting edge wetsuit company, using the best Yamamoto neoprene with glued and blind-stitched seams. At this time, the rest of the industry used stiff rubatex rubber and cheap, leaky and uncomfortable overlock seams.

Victory has stayed at the forefront of watersport clothing technology as their products have evolved from innovative wetsuits, to rash guards, SUP-wear and their revolutionary KoreDry technology. Throughout it all, they have been hand-making their gear, keeping a close eye on production.

This focus on quality led to innovations during the 80s and 90s, such as the aforementioned glued and blind stitched suits and the addition of neon colors. They also introduced titanium skin neoprene, molded and later supratex kneepads, and zipperless suits.

Their range also diversified into other sports, for example, triathlon wetsuits. They adapted, innovated and incorporated new sports such as SUP, before moving on to develop new revolutionary products, including the KoreDry range.

To reflect their interest in the fusion of surf and SUP, Victory KoreDry created their Surf Race to Victory SUPCross, which they host every fall right beside the iconic Huntington Beach pier.

The benefits of KoreDry Technology

KoreDry is a revolutionary fabric for watersports. When it’s immersed in water, it remains dry at the fibre’s core, which allows the garment to keep insulating while in the water, and dries incredibly quickly when you get out.

Coming from a background in surfing, and having developed products for SUP and triathletes, they know that keeping you ready for anything, both in and out of the water, is the key. Stay warmer in the water and active for longer. Drying off quickly also makes transitions easier when coming out of the water.

KoreDry also offers a factor 50+ UV protection, to help avoid sunburn. With water cooling your body you don’t notice the burning effect of the sun, particularly if you’re spending a long time out on the water. And with KoreDry keeping your body temperature up, you’ll definitely be out there for longer.

KoreDry fabric is perfectly suited to a range of water-based activities – from lycra shorts, and tops for surfing, to looser fitting tops for SUP and kiteboarding. Options include short or long sleeve and even hoodies for extra warmth. Many of the products are also suitable for snorkeling and freediving.

KoreDry products are incredibly versatile, straddling a number of watersports and activities that are often played in rain such as football, rugby, hockey or lacrosse. Basically, if you get wet doing it, Victory KoreDry is what you should be wearing.

If you want to learn more about the innovative watersports clothing by Victory KoreDry or want to come and check out the family run and friendly little factory in Huntington, here’s all the contact details so you can get in touch. They are always happy to hear from you. 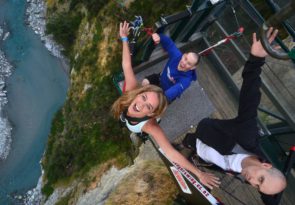 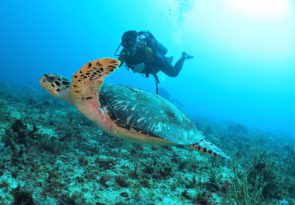 In this guide to camping gear for first-timers we look at what equipment you need to get started. This beginner camping essentials list offers advice on the basics...