Looking for a cultural multi activity holiday in Egypt? Check out this 10 day classic tour with 2 nights Cairo, 3 nights Nile Cruise and 3 nights at Red Sea 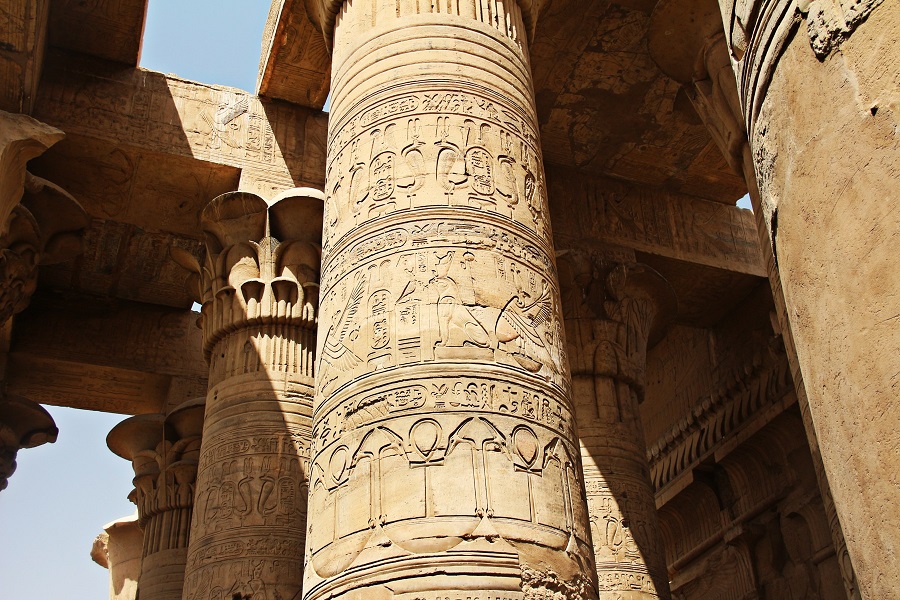 The 10 day classic tour includes 8 nights trip to Egypt with 2 nights accommodation in Cairo, 3 nights aboard a Nile Cruise and 3 nights at a resort at the Red Sea. This cultural multi activity holiday in Egypt includes all transfers, Domestic air, most sightseeing, private by air-conditioned car, English Speaking License Egyptology.

Optional Tours are mainly the Sound & Light Shows, additional entrance inside the Pyramids and the Royal Mummies Room, all other sightseeing with entrance fees are included.

We use 5 stars hotels and Nile Cruise for our Gold Plan and 5 stars + for our Diamond Plan. The Diamond plan include one of the most Expensive hotels at the Red Sea which is the Oberoi Sahl Hasheesh.

DAY 1: Tue - Departure from USA
Board your international flight from USA to start your journey back on time to the ancient land of the Pharos. 2 Meals will be served on board of your overnight flight.

DAY 2: Wed - Arrive Cairo, Optional Sound & Light Show
Arrival in the Land of the Pharaohs, at Cairo International airport, Right Travel Representative will be waiting for you after you get your luggage and clear customs and will be holding the Right Travel Sign, then will transfer you to your hotel.

Evening, you may choose our optional tour (Sound & Light Show in Cairo - C32). Inaugurated in April of 1961, with the narrative voice of the late Richard Burton, magnificent sound and lighting effects, the show begins with the narrative of the Sphinx, who has been the guardian of the city of the dead for five thousand years. Overseeing the building of the three pyramids, the Sphinx reflects on the historical contributions of Thutmosis IV, Akhnaten, Nefertiti and Tutankhamon.

DAY 3 of Cultural multi activity holiday in Egypt: Thu - Cairo, Combo Tour
Drive to the Giza Plateau, home of Egypt signature attractions, the Great Pyramids, proclaimed by the Greeks to be among the Seven Wonders of the ancient world. The largest among these is the Great Pyramid of Cheops, probably built more than 2,600 years before the time of Christ. Standing 480 feet tall this is the last of the Seven Wonders of the ancient world that still standing. Little is known of Cheops, you`ll also see the inscrutable and mysterious Sphinx, known in Arabic as Abu al-Hol ("the Father of Terror") and carved almost entirely from one piece of limestone.

Continue to the Egyptian Museum you`ll stroll through the halls highlighting each historical period of this ancient land, Marvel at the glittering treasures of King Tutankhamen, unparalleled in their variety, exquisite beauty, and sheer weight in gold. Seeing this treasure of more than 1,700 fabulous items buried with a young and relatively unimportant king, who can even imagine what the tombs of great and long-lived pharaohs must have contained? You may want to enter the Royal Mummies room for an additional fee and view the "sleeping" Kings of ancient Egypt.

After lunch, proceed to Old Cairo explore some of the early religious monuments of the city. You`ll visit the El Muallaqa Church, dating to the late fourth and early fifth century. This basilica was named for its location on top of the south gate of the Fortress of Babylon. Muallaqa means "suspended or hanging." Destroyed in a ninth-century earthquake, the church became the center of the Coptic (or Christian) Church of Egypt from the time it was rebuilt in the eleventh century until the 14th century. Make a stop at the Ben Ezra Synagogue, built sometime between the sixth and ninth centuries AD. The temple contains a Jewish Heritage Library, containing documents found here in 1896 that describe the economic and social conditions of Jews under Arab rule as well as descriptions of relations between various Jewish sects.
Meals: Breakfast, Lunch

DAY 4 of 10 day classic tour: Fri - Cairo, Aswan, Cruise Sightseeing
Early morning transfer to Cairo airport, for your flight to Aswan.
Upon arrival you will be escorted to your luxury cruise ship where you will spend the next 3 nights / 4 days relaxing and enjoy the sailing from Aswan to Luxor. After Lunch, the Nile cruise shore excursion will start. Visit the High Dam, located near Aswan, the world famous High Dam was an engineering miracle when it was built in the 1960s. It contains 18 times the material used in the Great Pyramid of Cheops. The Dam is 11,811 feet long, 3215 feet thick at the base and 364 feet tall. Today it provides irrigation and electricity for the whole of Egypt and, together with the old Aswan Dam built by the British between 1898 and 1902`, 6km down river, wonderful views for visitors. From the top of the two Mile long High Dam you can gaze across Lake Nassar, the huge reservoir created when it was built, to Kalabsha temple in the south and the huge power station to the north.

Our last visit today will be to the Temple of Philae, was dismantled and reassembled (on Agilika Island about 550 meters from its original home on Philae Island) in the wake of the High Dam. The temple, dedicated to the goddess Isis, is in a beautiful setting which has been landscaped to match its original site. It`s various shrines and sanctuaries, which include The Vestibule of Nectanebos I which is used as the entrance to the island, the Temple of the Emperor Hadrian, a Temple of Hathor, Trajan`s Kiosk (Pharaohs Bed), a birth house and two pylons celebrate all the deities involved in the Isis and Osiris myth. The Victorian world fell in love with the romance of the Temple. But at night you May choose our optional tour (Sound & Light Show in Aswan - A14) at Philae Temple, a magical experience. Overnight in Aswan.
Meals: Breakfast, Lunch, Dinner

DAY 5: Sat - Aswan, Kom Ombo, Edfu
Early Sail to Kom Ombo and visit Kom Ombo Temple (the Ptolemaic Temple of Sobek & Haroeries). Located in the town of Kom-Ombo, about 28 miles north of Aswan, the Temple, dating to the Ptolemies, is built on a high dune overlooking the Nile. The actual temple was started by Ptolemy VI Philometor in the early second century BC. Ptolemy XIII built the outer and inner hypostyle halls. The outer enclosure wall and part of the court were built by Augustus sometime after 30 BC, and are mostly gone. There are also tombs from the Old Kingdom in the vicinity of Kom-Ombo village. Sail to Edfu for dinner and overnight.
Meals: Breakfast, Lunch, Dinner

DAY 6: Sun - Edfu, Luxor, East Bank Tour, Optional Sound & Light Show
Visit Edfu Temple. Dedicated to Horus, the falcon headed god, it was built during the reigns of six Ptolemies. We have a great deal of information about its construction from reliefs on outer areas. It was begun in 237 BC by Ptolemy III Euergetes I and was finished in 57 BC. Most of the work continued throughout this period with a brief interlude of 20 years while there was unrest during the period of Ptolemy IV and Ptolemy V Epiphanes. This is not only the best preserved ancient temple in Egypt, but the second largest after Karnak. It was believed that the temple was built on the site of the great battle between Horus and Seth. Hence, the current temple was but the last in a long series of temples build on this location.

Back to the cruise for lunch, Sail to Luxor via Esna. Afternoon proceed to your East bank visit of Luxor, visit Karnak Temple. In ancient Egypt, the power of the god Amun of Thebes gradually increased during the early New Kingdom, and after the short persecution led by Akhenaten, it rose to its apex. In the reign of Ramesses III, more than two thirds of the property owned by the temples belonged to Amun, evidenced by the stupendous buildings at Karnak. Although badly ruined, no site in Egypt is more impressive than Karnak. It is the largest temple complex ever built by man, and represents the combined achievement of many generations of ancient builders. The Temple of Karnak is actually three main temples, smaller enclosed temples, and several outer temples located about three kilometers north of Luxor, Egypt situated on 100 ha (247 acres) of land. Karnak is actually the sites modern name. Its ancient name was Ipet-isut, meaning "The Most Select (or Sacred) of Places". This vast complex was built and enlarged over a thirteen hundred year period. The three main temples of Mut, Montu and Amun are enclosed by enormous brick walls.

Continue to visit the Temple of Luxor, built by the two pharaohs, Amenhotep III and Ramses II. Ancient Thebes was a center of festivals, and the Temple of Luxor was the setting for the most important-the festival of Opet, designed to merge the ruler`s human and divine aspects. The temple was dedicated to Amun-Ra, whose marriage to Mut was celebrated annually, when the sacred procession moved by boat from Karnak to Luxor Temple.

Evening, you may choose our optional tour (Sound & Light Show L14). Inaugurated in 1972 the Sound and Light Show in the Temple of Karnak begins with a historical introduction covering the birth of the great city of Thebes and the construction of the Temple. Depicting the glorious achievement of the Pharaohs, spectators listen to the lyrical and poetic descriptions of artistic treasures, grand festivals, heroic deeds and literature of the times. Overnight in Luxor Egypt.
Meals: Breakfast, Lunch, Dinner

After breakfast, check out from your Nile Cruise, visit the West Bank necropolis including the Valley of the Kings, with its many tombs chiseled deep into the Cliffside. From the 18th to the 20th Dynasty, the Memphis area and pyramid-style tombs were abandoned in favor of the West Bank of the Nile in Thebes. Several great leaders as well as many less important rulers are buried here, and more tombs are being discovered even today. This is where Howard Carter discovered the treasures of Tutankhamen and was struck "dumb with amazement" when he beheld its "wonderful things" in 1922.

Proceed to the funerary temple of Queen Hatshipsut at Deir El Bahari. The mortuary temple of Queen Hatshepsut is one of the most dramatically situated in the world. The queen`s architect, Senenmut, designed it and set it at the head of a valley overshadowed by the Peak of the Thebes, the "Lover of Silence," where lived the goddess who presided over the necropolis. Last stop for our morning tour will be at the Colossi of Memnon. Amenhotep III (18th Dynasty) built a mortuary temple in Thebes that was guarded by two gigantic statues on the outer gates. All that remains now are the 23 meter (75 ft) high, one thousand ton statues of Amenhotep III. Though damaged by nature and ancient tourists, the statues are still impressive.

Transfer to Red Sea by private air-conditioned car, arrival and check inn at your hotel.
Dinner at the hotel.
Meals: Breakfast, Dinner

DAY 8 of Cultural multi activity holiday in Egypt: Tue - Red Sea
Free day to enjoy the Red Sea sun and sand. Plus many activities you can try from: diving, kitesurfing, windsurfing, SUP, parasailing, sailing, and much more
Dinner at the hotel
Meals: Breakfast, Dinner

DAY 9: Wed - Red Sea
Free day to enjoy the Red Sea sun and sand. Plus many activities you can try from: diving, kitesurfing, windsurfing, SUP, parasailing, sailing, and much more
Meals: Breakfast, Dinner

DAY 10: Thu - Departure
Breakfast box to requested by the client from hotel front desk to be ready at 02:30 AM
02:30 AM transfer to Hurghada airport for our early flight to Cairo to connect with your flight back to USA
Meal: Breakfast 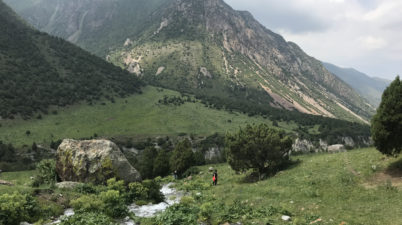 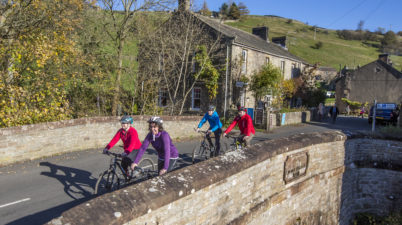 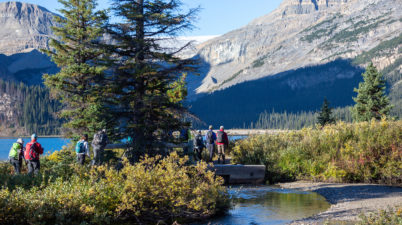