See the best of the Golden Triangle in India on a 7 day multi activity holiday. Including a ride on an Elephant to the gates of Amber Fort 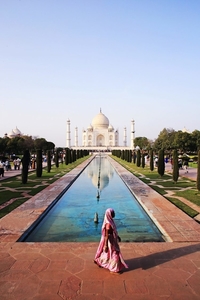 See the best of the Golden Triangle in India on a 7 day multi activity holiday. Including a ride on an Elephant to the gates of Amber Fort.

This tour has been designed especially for visitors who are on a short visit to India and would like to visit some of the best this country has to offer, and of course those who Love shopping while holidaying. The 3 major cities of Delhi, Jaipur& Agra have been featured here. Also known as the “Golden Triangle”

Experience the best of India’s historical and architectural highlights on this 7-day private Golden Triangle Tour of Delhi, Agra & Jaipur with a private guide.

Begin your adventure in Delhi, where you’ll visit 3 UNESCO world heritage sites (Red Fort, Humayun’s Tomb & Qutab Minar) besides one of the world’s largest mosques before continuing on to Raj Ghat, which commemorates the life of Mahatma Gandhi. Ride an Elephant to the gates of Amber Fort in Jaipur, Be amazed at the 16th- and 17th-century architecture of the enormous Agra Fort and the Tomb of Itmad-ud-Daulah (aka Baby Taj), and gaze in wonder at the exterior and interior grandeur of the Taj Mahal, one of the New 7 Wonders of the World. Visit the famed Fatehpur Sikri and wander the streets of Delhi where incredible shopping deals tempt you to” Shop till you Drop””

The Indian market is rich in fabrics, silverware, carpets, leather work, antiques the list is endless India is indeed a SHOPPERS PARADISE. Goods are exotic, attractive, beautiful hand-crafted and excellent value for money. Half the fun when buying goods in the bazaars is the bargaining and you can always check for reasonable prices at state run emporiums

Day 1 : Arrive Delhi - Capital city of India
You are greeted on arrival at the Delhi Indira Gandhi International Airport and driven to your Hotel. Delhi is a city built and rebuilt seven times over several centuries. The capital city today marries the quaint and unique elements of different historical eras with the pace of the bustling, growing economy. At every turn of the road, the past and the present coexist.

Later In the afternoon proceed for half day guided city tour of New Delhi. The buildings designed by Edward Lutyens, architect of modern Delhi - are truly majestic. Drive past The Presidential Palace, Parliament House and India Gate which are all reminiscent of the British “Raj”. We stop for photo shoots before driving onward to visit an Hindu temple Next driving through Delhi’s beautiful tree-lined avenues and the Diplomatic Enclave area we arrive to visit the 12th century, 234-foot high fluted minaret of Qutab Minar. You finish your tour visiting Humayun's Tomb, the second Mughal Emperor to rule India, Overnight stay in hotel. (Rooms from 14.00 Hrs)

Day 2 : Delhi - Jaipur - Capital city of Rajasthan
Morning after breakfast, depart by surface for the City of Jaipur - an exuberance of colors, dance & song with traditional arts and crafts. Known, as the 'Pink City', it is one of India's most well planned cities with wide straight avenues, roads, streets and lanes in a grid system. A 5.5 hours drive gets us to this land of Maharaja's, Forts and Palaces with its diversity of colors & culture that is unique to the State of Rajasthan. On arrival, check in to hotel.

Afternoon is reserved for guided sightseeing tour of the City Palace situated in the heart of the old City, it occupies about one seventh of the old city area. The City Palace SMS Museum displaying a collection of clothes, armory & weapons located within the premises of the City Palace and Jai Singh's Observatory also called “Jantar Mantar” built in the18th century by Maharaja Sawai Jai Singh II, where the huge Masonry instruments were used to study the movement of constellations and Stars in the sky. Drive past Hawa Mahal (Palace of winds) built in 1799, by Maharaja Sawai Pratap Singh, is the most recognized monument of Jaipur. The 5 storied stunning Semi-octagonal Monument having 152 windows with over hanging latticed balconies is a fine piece of Rajput Architecture. Originally designed for the royal ladies to watch and enjoy the processions and other activities, on the street below. Stop here for photos, before continuing on to Albert Hall Museum, located in the premises of Ram Niwas Garden. Its Ind-Saracenic architecture and stone ornamentation became a source of reference for varied classical Indian styles of design from Mughals to Rajputs. The foundation stone of Albert Hall was laid during the visit of the Prince of Wales, Albert Edward to Jaipur in 1876 and was completed in 1887 AD. Return to your hotel for overnight stay. (B)

Day 3 : Jaipur
Morning after breakfast, proceed for Half day guided excursion to see one of the most impressive forts of Rajasthan.Visit the impressive Amber Fort the former capital of the Royal Family of Jaipur, An exotic elephant ride (subject to availability, otherwise Jeeps/car will be used) transports us to the lofty fort, where we’ll experience a tour of this Rajput extravaganza. It is a deserted palace surrounded by majestic ramparts and the magnificent public & private room's evidence the splendor of the rulers of 16th & 17th century Rajasthan.

Return to your hotel (you have the option of either coming back or go to numerous restaurants spread all over Jaipur for lunch)
Afternoon is free for own activities (Car with driver, at disposal for local city running, subject to 40 Kms /4 hours). Overnight stay in the hotel. Included: (B)

Day 4 : Jaipur - Fatehpur Sikri - Agra
Morning after breakfast, depart by surface for the Mughal splendor of Agra, en-route stop to visit Fatehpur Sikri the well preserved ghost city located 35 kms from Agra. A 5 hrs journey brings us to this magnificent fort, built in red sandstone. On arrival meet up with your local guide. Once the political capital of India's Mughal Empire under Akbar's reign, from 1571 until 1585, it was abandoned, ostensibly due to lack of water. Sikri shared its imperial duties as a capital city with Agra, where a bulk of the arsenal, treasure hoards and other reserves were kept at its Red Fort for security. During a crisis, the court, harem, and treasury could be removed to Agra, less than a day's march. Visit the tomb of Salim Chisti built by Mughal emperor Akbar in honor of this Sufi saint in 1571 who foretold the birth of 3 sons to the Emperor Akbar, is an example of robust stability combined with originality. Each important edifice here represents a type by itself. Notable among them are the Diwane Khas, Punch Mahal, and the Buland Darwaza. Later drive on to Agra & on arrival check-in to hotel. Balance day at leisure. Overnight stay in the hotel. Included: (B)

Day 5 : Agra
Morning after breakfast, the day is reserved for a guided city sightseeing tour. Begin your guided tour visiting Sikandra is the mausoleum of Akbar. Akbar himself started construction of this beautiful monument. This structure has a perfect blending of Hindu, Christian, Islamic, Buddhist, Jain themes. Sikandra Fort is located in the western periphery of the city at a distance of about 10 Kms from the city center. After visit return to Agra City and visit the Agra Fort which lies across the river Yamuna which abode attractive constructions such as Pearl Mosque, Jahangir Mahal, Di wan-i-Khas, Di-wan-i- Am and more. It was here that Aurangzeb the 3rd son of Shah Jahan kept his father under house arrest until his death.

Late afternoon is reserved for a visit the incomparable Taj Mahal. Situated on the banks of river Yamuna, the monumental beauty has inspired countless people around the world and is a fine example of fusion of many architectural styles. It is one of the wonders of the modern world. Built in the year 1652 by Emperor Shah Jahan to immortalize the memory of his beloved wife Mumtaz Mahal, who died tragically in 1631. It took 22 years and 20,000 skilled artisans to complete this poem in white marble. Witness sunset before returning to your hotel for overnight stay. Included: (B)

Day 6 : Agra - Delhi
Morning after a leisurely breakfast, complete check out formalities and depart by surface for Delhi. A 4 hrs drive gets us back to the capital city of India. Later on arrival, check into your hotel.

Afternoon is reserved for half day guided city tour of Old Delhi. Visit the Magnificent Red Fort, built at the zenith of the Mughal Empire in India. The centuries- old international market- place that sprawls at its feet is still one of Delhi’s most important commercial hubs: Chandni Chowk, or “Moonlight Square”. Ride on cycle-rickshaws (Optional) through the bustling silver market and the wholesale spice market. The sounds, smells and colors of the bazaar, and the throngs of people who animate it make this an unforgettable spectacle. Visit Jumma Masjid, the largest mosque in Asia and RajGhat-Mahatma Gandhi’s memorial, before returning to your hotel for overnight stay. Included: (B)

Day 7 : Delhi Departure
On time transfer to the Delhi International airport to connect flight for onward journey (Rooms till 12 Noon)

End Of Our Services - We sincerely hope that you had an “incredible” experience while in India and take this opportunity to wish you a happy & memorable journey back home. 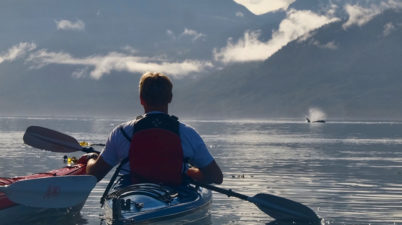 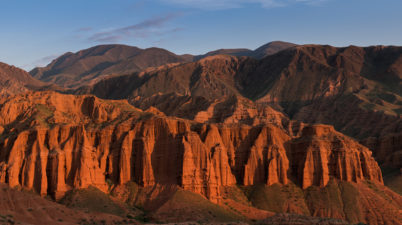 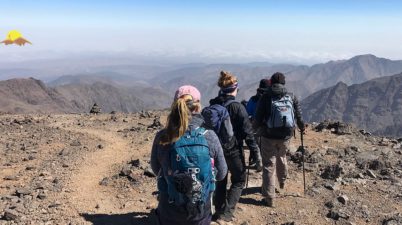