Guide to rock climbing in Squamish: The Chief of Canadian crags 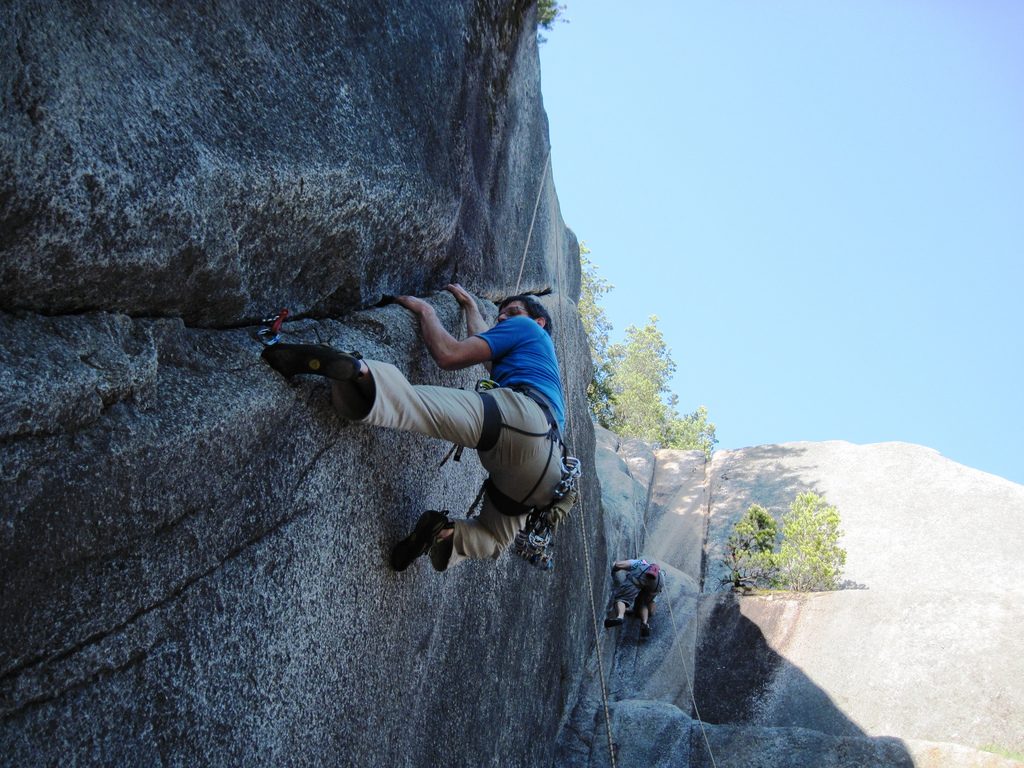 Guide to rock climbing in Squamish

Sitting halfway between the skiing Mecca of Whistler, and the metropolis of Vancouver, Squamish has enough climbing and bouldering for a lifetime on the face. Its main feature is The Chief, an 800-metre high, freestanding rock that thrusts skywards, practically out of the road, and casts its morning shadow over the town.

The Chief’s main draw is the grand wall. This huge granite face is littered with routes that can be mixed and matched to create epic multi-pitch climbs. It’s a rewarding day of rock climbing in Squamish, which is capped by the stunning vistas from the top.

But The Chief isn’t everything. As you’ll see in this guide to rock climbing in Squamish it’s popularity lies in its sheer diversity. 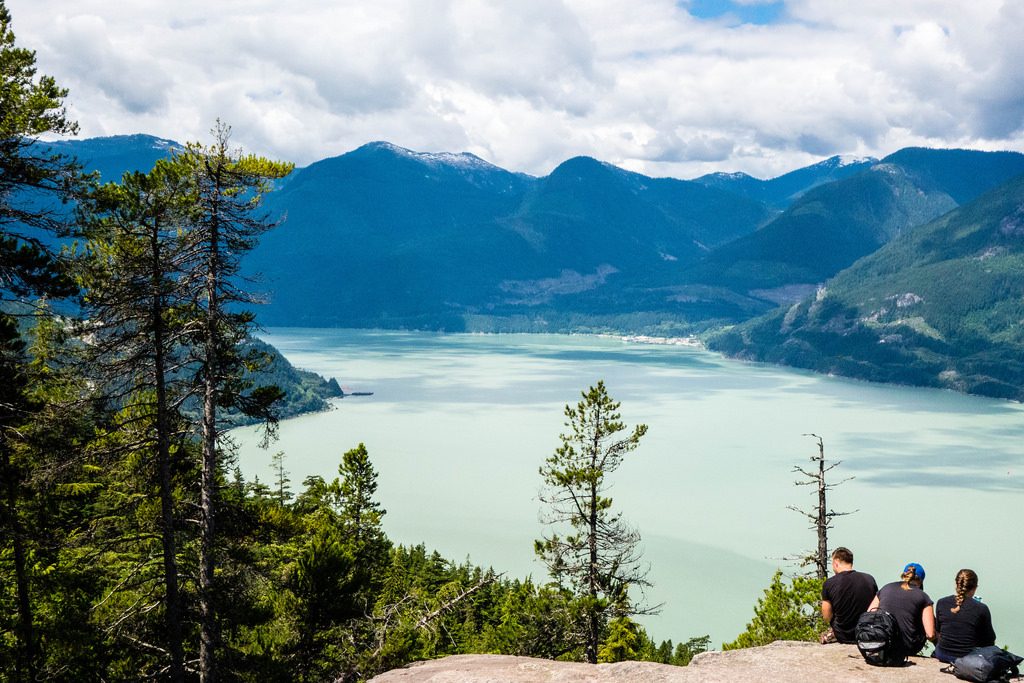 Climbing routes can be found scaling the smooth faces adjacent to Shannon Falls – a stunning natural feature and tourist site. Or northwards in the Cheakamus Canyon, you’ll find sports climbing heaven, and granite that goes easy on the fingers, relatively speaking.

There are areas for top-roping, crack, off-widthing, trad, trad, and more trad. Oh and Canada’s hardest climb, Dreamcatcher, only ever completed by 3 people. Plus a bit more trad….

The Chief of Canadian crags

To complement all the rock climbing in Squamish, The Chief of Canadian crags was kind enough to crack up and dump a smorgasbord of boulders into its midst. Thus this giant chunk of granite has given bouldering space to boom. Compared to climbing, bouldering is vertigo friendly, cheap and quick. 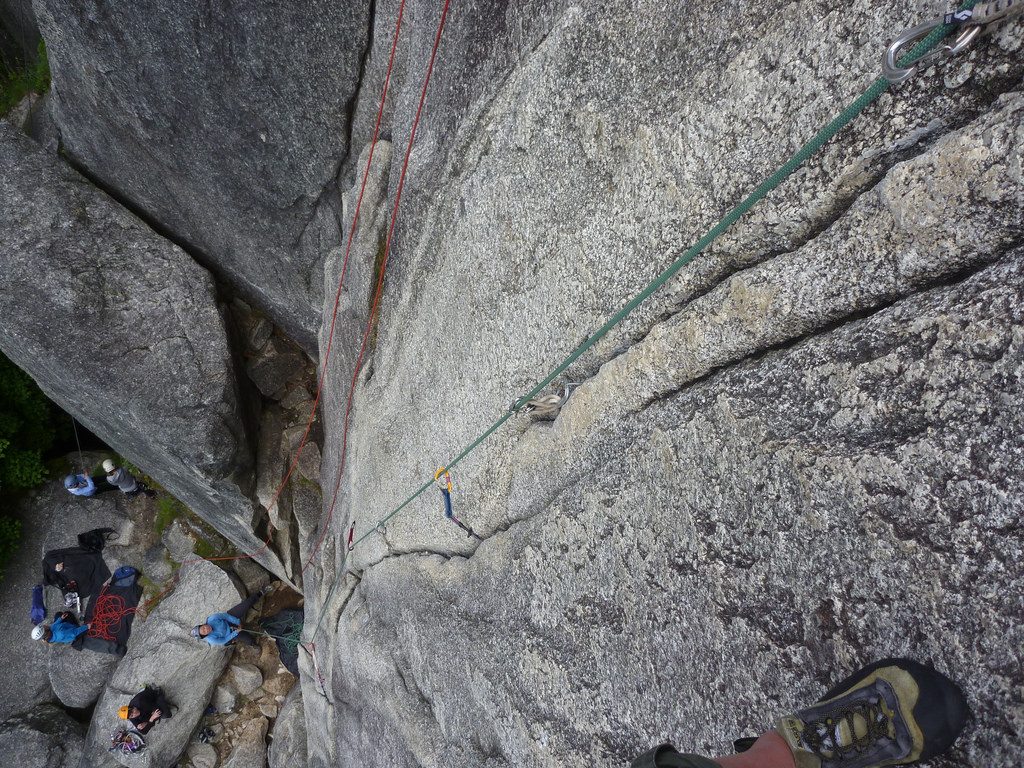 Bouldering can be just as challenging and also provides superb technique and strength training for longer climbing routes. Unlike in Whistler where skiers and snowboarders still have some tension between them, the climbing and bouldering scene is more harmonious and relaxed.

Firstly you’re not on the same rock. Secondly climbers created bouldering. And thirdly one perfectly complements the other in terms of practice and technique.

So what about the legendary rainfall of BC? It’s true, there’s a lot of it. But a good summer sees three months of sun. Plus although unpredictable, the buffer months can make for great spring and autumn rock climbing in Squamish. 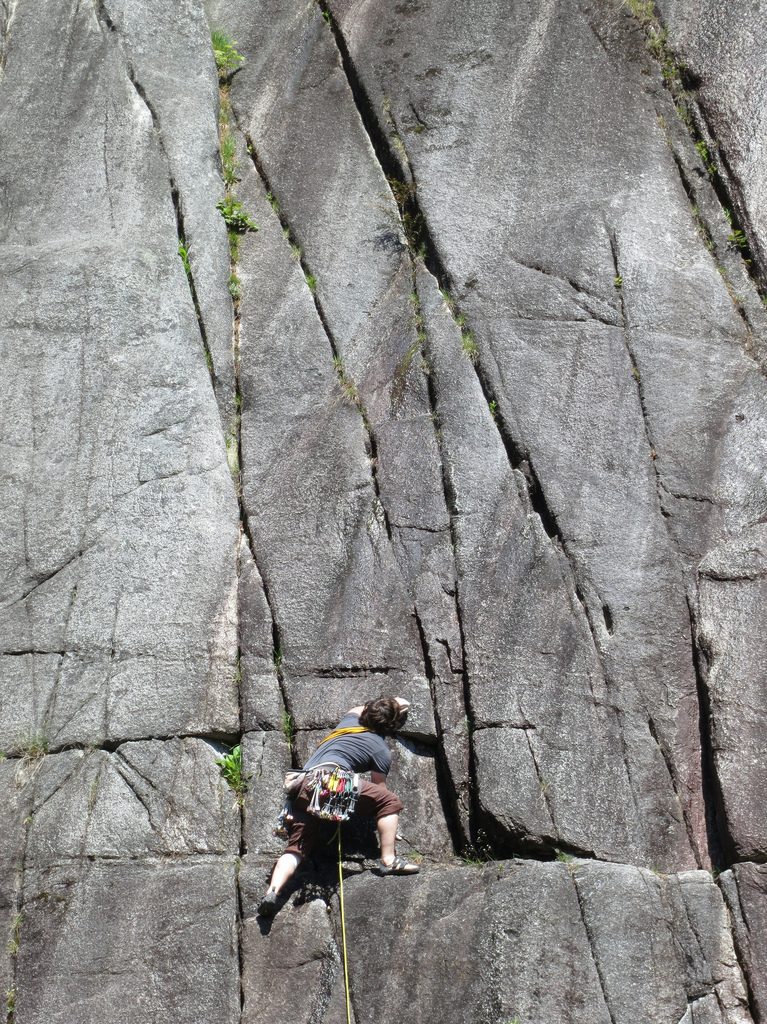 On any given day the weather can be completely different to Vancouver. So if it’s raining in the city don’t write off a trip north to The Chief of Canadian crags.

Even if you get hit by a shower, the exposed rock faces can benefit from the often high-winds, and dry off quickly. With the weather changing quickly wind and rain in the morning soon pass and you can be back on the face by the afternoon.

Boulders generally sit in the forest, so a shower shouldn’t do too much harm. But if they do get wet, some take days to dry. 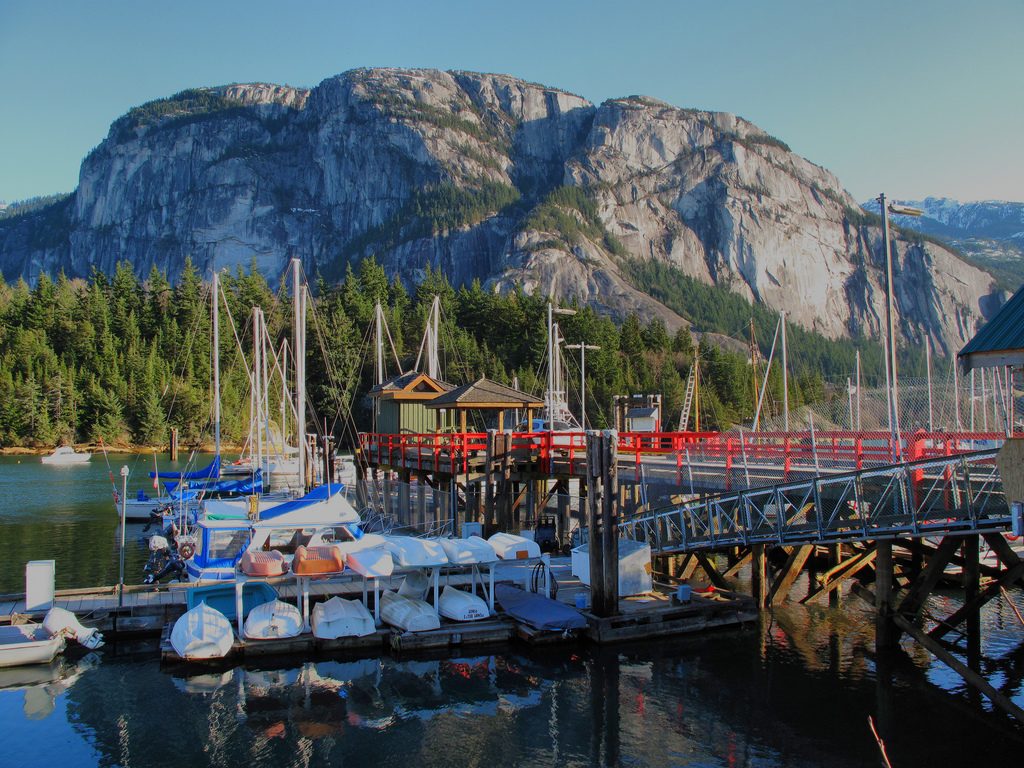 Squamish itself offers a host of accommodation, cafes and restaurants, outdoors shops and a supermarket. New pubs are opening up to compete against the eponymous Howe Sound Brewery.

Although it’s not the prettiest of towns the scenery is stunning and it is picturesque from some angles. But any lack of quaint village feel is more than made up for with friendly locals and easy access. From Vancouver, it takes under an hour to get to Squamish, and parking abounds along the bases of all the major spots.

After a hard day on the rock there’s a lake at the end of the town where you can cool off, unwind, and have a lakeside barbecue – one more quintessential Canadian experience. 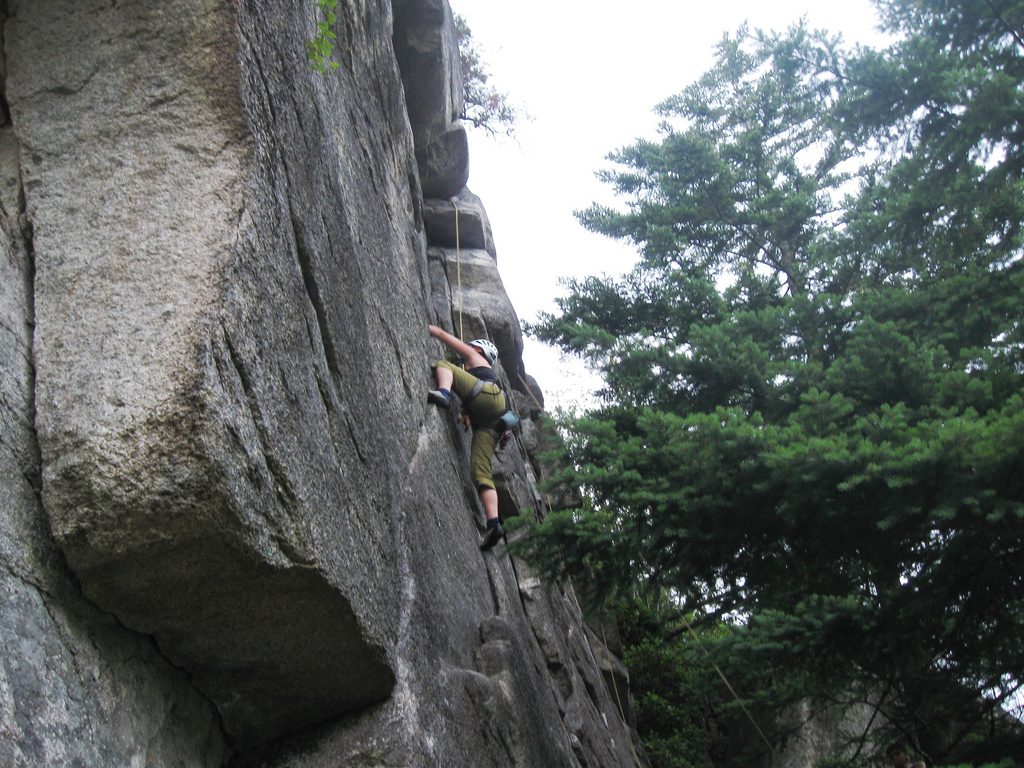 Is it only The Chief of Canadian Crags or more?

To conclude this guide to rock climbing in Squamish we’ll ask the all important question: Is it the world’s best rock climbing destination?

With over 1500 routes, and new ones going up all the time in our opinion it’s The Chief of Canadian crags. Add a plethora of boulders, stunning scenery and the laid back Canadian attitude, and it’s certainly a contender for top spot. Which is why its included in our article about best rock climbing holiday destinations worldwide. 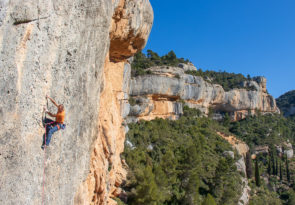 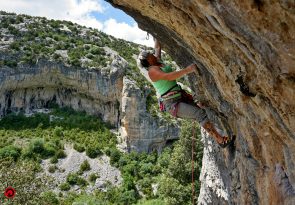 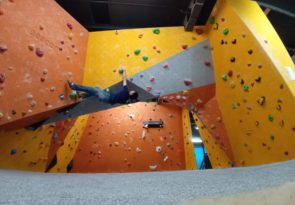 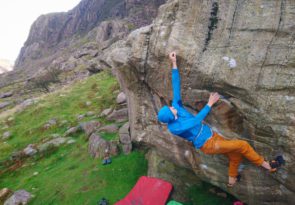 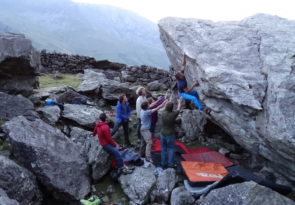 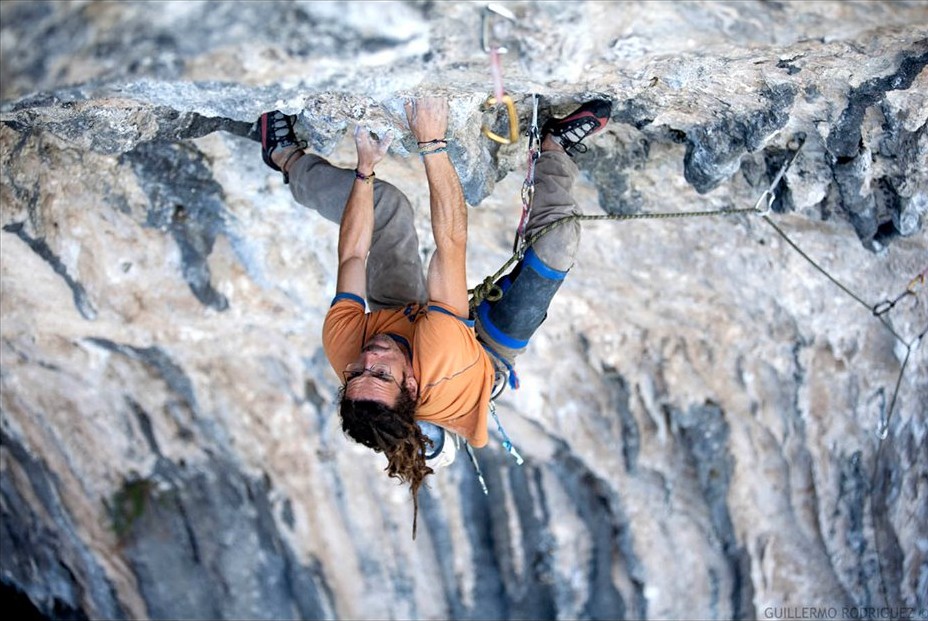