Guide to paragliding in Istanbul: Where can I fly?

In the 70-odd years since its invention, paragliding has become a truly global extreme sport. Turkey is becoming the place to go; the conditions are excellent and the sights astounding. In this guide to paragliding in Istanbul we will tell you where you can fly. 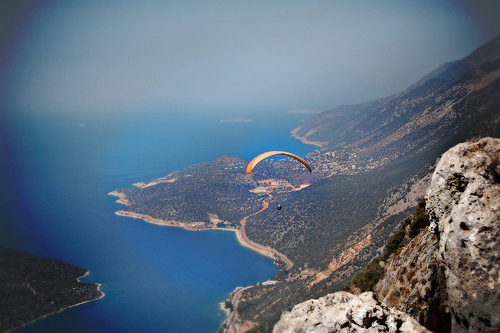 Istanbul is located between the Black Sea to the north and and the Sea of Marmara to the south. Both coastline have elevates spots suitable to launch, so you can normally fly whatever direction the wind is blowing.

Of course if on a paragliding in Istanbul holiday you’ll find plenty of other things to do when not flying. Afterall it is one of the world’s most cultural and historical cities. Plus accommodation is cheap and easy to find making it a great destination for a cheap break.

Guide to paragliding in Istanbul

A little insider knowledge is needed to pick up the best winds and landing zones – here it is!

Although Paragliding in Istanbul is not possible nearby is very good. Head 93.5km up the O-3 and D010 motorways and you’ll hit Ormanli, a spectacular coastal ridge with northeast winds sometimes so strong that forward launches at 38m elevation can be tricky. 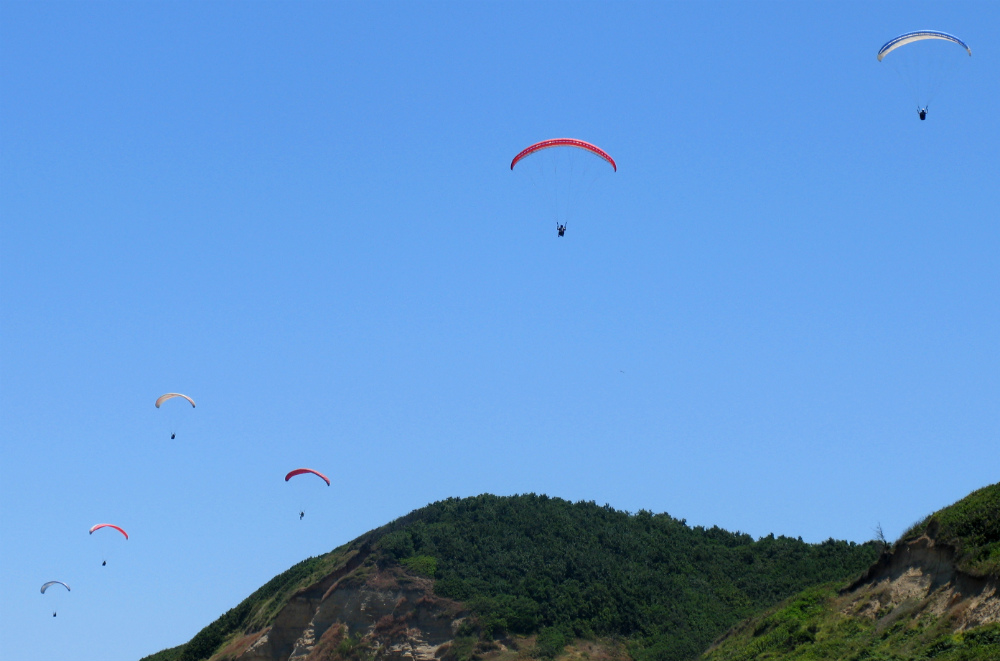 You may find it easier to take off from the beach. Once you’re up in the air, you can trace the coastline for hours (especially if your wings have a high glide ratio), take in the glittering sea views and then topland with relative ease. At high season the airspace can get crowded with beginners, so watch out and avoid a pile-up!

On the Black Sea coast not far from Ormanli is Karaburun, which is a well-trodden launch area patronised by two major paragliding clubs: Bogazici and Istanbul University. The consistent 18kph north and north-northeast winds make soaring feasible for about 10km, but look out for sharp rocks if you plan a beachland.

You’ll need to aim for 30-45 degrees to avoid overshooting and getting soaked. Karaburun also offers the added bonus of a rolling golden beach just 1km from its spikier launch beach. Ideal for swimming, the water is bath-warm and the current slow – perfect for re-energising you before another flight.

The lack of vehicle access to the beach is this site’s only irritation. To get to Karaburun leave the European side of Istanbul, take the O-2 ring road then the North Exit 2. Pass through the nondescript city of Kemerburgaz after which the road becomes a rough track through numerous villages. 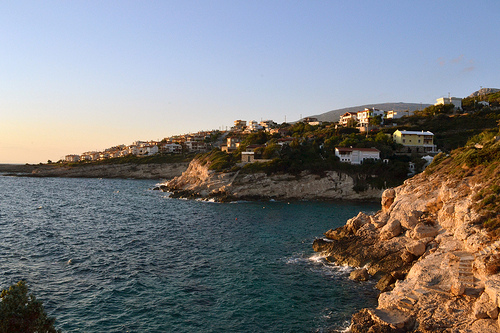 Sile is still located on the black sea but is the other side of the Bosphorus. It’s a delightfully pretty place to paraglide. Essentially a lush meadow that sweeps up into a bushy needle, the 35m elevation over the ocean offers plenty for the acro pilot.

Infinity tumbles and helicopters are favourite moves here, but newbies may be sent spiral diving by off-season lightning storms. If the breakfast from your Istanbul hotel has been used up and you get peckish before or after you fly, a modest restaurant serving hearty local dishes is located near the launch area.

As one of the the closest launches to the city Aydos Tepe needed to be included in this guide to paragliding in Istanbul. Located to the east of the city it’s 473m altitude provides great views at the launch site. You can fly here if the winds are SW, W or NW.

Çatalca is another inland launch, and is the closest paragliding on the European side of Istanbul. The take off is a ridge of hills with an elevation of over 100m.

This is a good spot in both NE and SW winds and is worth checking out if the wind is too unstable at the Black Sea launches. It is located quite near Ataturk Airport so some caution is required although local pilots have been known to reach altitudes of 1500m.

On the Sea of Marmara located to the west of Istanbul is Silivri Falezler. It’s a relatively flat launch that is suitable for P5 pilots and up. Typically it is a twisted launch and you can fly if the wind is SE, S or SW. It is a popular launch for paramotoring.

OK so you are not going to be paragliding in Istanbul but after a long day of flying why not enjoy some of the cities evening attractions? The millennia-old Grand Bazaar opens at night during Ramadan and sells almost everything you can imagine it would.

The panoramic views of the Bosphorus by night and a dizzying assortment of cocktails are just two reasons to visit Blackk Nightclub in the Ortakoy district of the city. Don’t then stay out too late or you won’t be not in a fit state for the next paragliding destination. 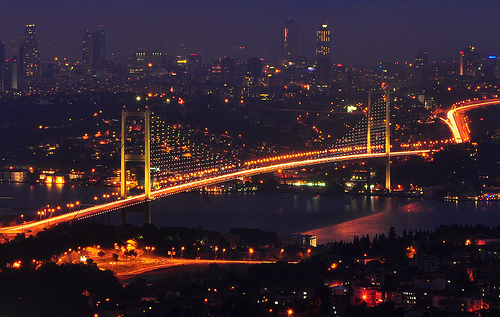 If you are planning a holiday paragliding in Istanbul then the long-established backpacker’s circuit make it synonymous with good budget accommodation. Plus there are plenty of upmarket hotels if your budget it not so tight.