Not many people outside the country know that Japan is home to more than 500 snowboarding resorts so Japan snowboarding holidays are easy to arrange. In a country famed for its excesses of light powder snow, many boarders believe they have found the Mecca of the sport.

In the early days of boarding’s popularity, back in the 1980s, Japanese resorts, then at the peak of their popularity, made an error of judgement and decided the last thing they needed on their crowded slopes were lots of novice boarders falling over. So many banned boarding altogether, and those that allowed it generally required a competency test before people could be allowed out on their boards with the skiers.

Then the Japanese economy crashed, about two-thirds of the skier market disappeared and suddenly boarders were courted by the resorts and the competency tests were gone!  In fact the Japanese went so far the other way that during the 1990s, when they operated more indoor snow centres than any other nation, most of these facilities contained the world’s first, year-round indoor half pipes and were for use by boarders only.

Today Japanese ski areas have a lot to offer boarders – most of the uplift is provided by easy to use chairs and of course there’s that famous powder and some spectacular views. 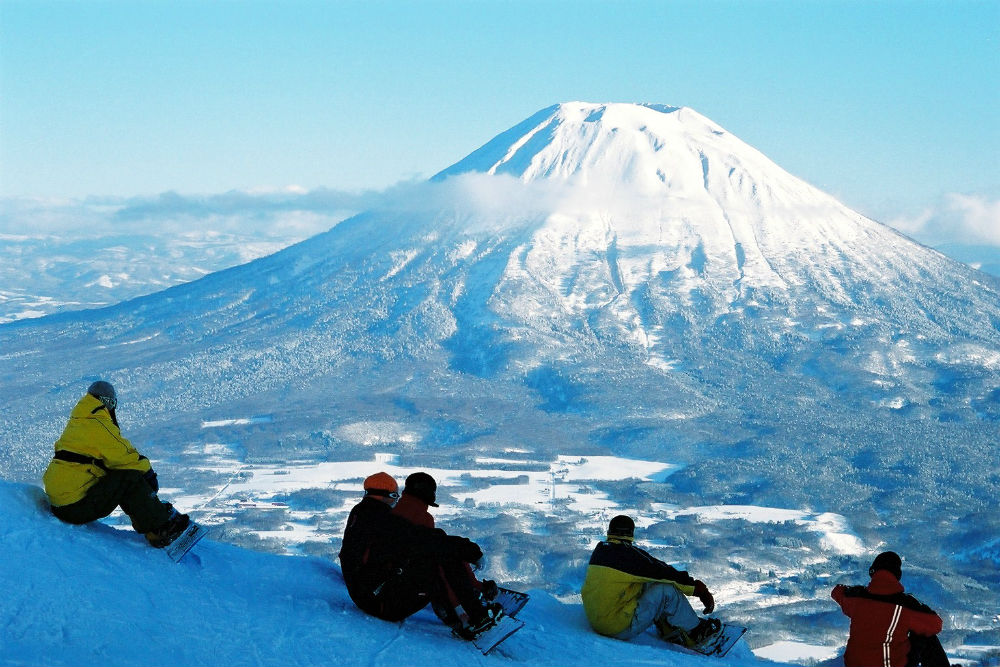 Terrain parks have also become a popular feature with many of the country’s largest and most famous resorts like Appi, Nozawa Onsen (one of the country’s oldest, most traditional and also famous for its snow monkeys bathing in the local hot springs), Naeba, Furano and Shiga Kogen where the 1998 Winter Olympics were staged.

In fact the 1998 Nagano Winter Olympics were the world’s first to feature snowboarding as an Olympic discipline. The Kanbayashi Snowboard Park in Yamanouchi, Nagano was specially constructed in 1995 to host snowboarding half-pipe events for the 1998 Winter Olympics. This started a trend four years later when Park City Mountain resort decided to lift its much later ban on boarders in Utah USA so that it could host Olympic events at the 2002 Salt Lake Winter Games.

Without your own vehicle, the easiest ski resort to visit from Tokyo is Gala Yuzawa. It is the only ski area in Japan with a Shinkansen (Bullet Train) station and can be reached in just 90 minutes from Tokyo.

However at most of these resorts there is not much access to off-piste action to those endless powder stashes, and if you try to get to it you’re likely to have your lift pass confiscated. So unless you want to hire a guide and hike off piste, your best bet for powder riding Japan snowboarding holidays is Niseko the country’s most famous resort. 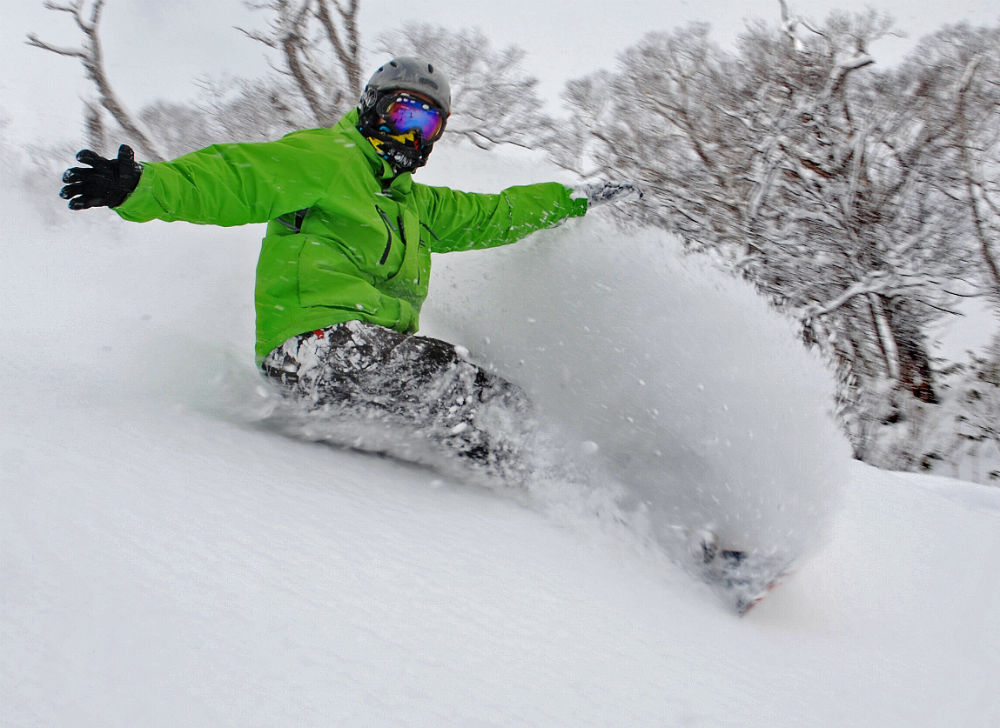 For freeriding, it really has to be Niseko, which has an international vibe and has embraced its huge powder assets, which can mount up to 20 metres in a season. On average it has the second biggest snow accumulation on the planet, and of much better quality powder than the one resort in North America that claims more.

Niseko has some of the only off-piste in Japan and that powder snow is relentless and widely regarded as the best in the world.  For those used to one powder day in a week in Europe (if you are lucky), it is more likely to be seven in Niseko.

Besides the powder there’s that uniquely Japanese experience to make Japan snowboarding holidays the best in the world. Superb customer service in the most polite country in the world, the natural hot springs (perfect after a day on the snow) and incredible food ranging from local Japanese pubs through to Michelin-starred French restaurants, and many purveyors of the world’s best sushi. 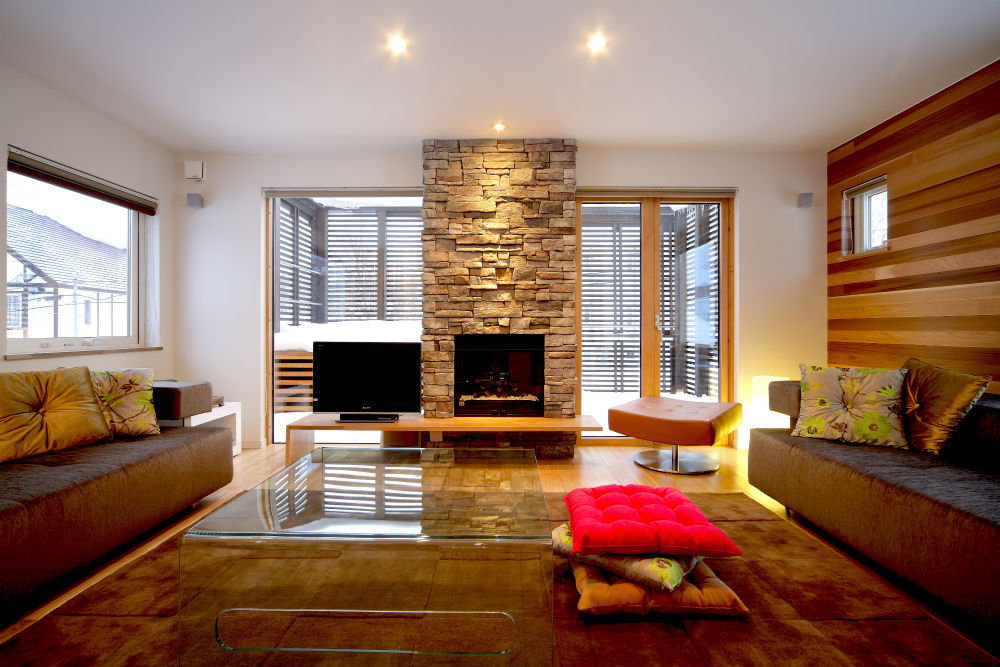 HT Holidays (htholidays.com) offer the widest range of accommodation in Niseko, all in the main Hirafu village, all with free wifi, and the company also has an exclusive  Gondola Ski Valet allowing you to stow your gear at the lifts rather than carry it back to your accommodation each afternoon.