While it may not have been invented in Australia, surfing has certainly spent a beneficial period of incubation in those stormy southern seas. Some of the world’s finest surfers have been born and raised there, and some of its more famous breaks have become synonymous with the sport. Australia has become to be known to some as ‘The Lucky Country’, and at least as regards waves they are spot on. 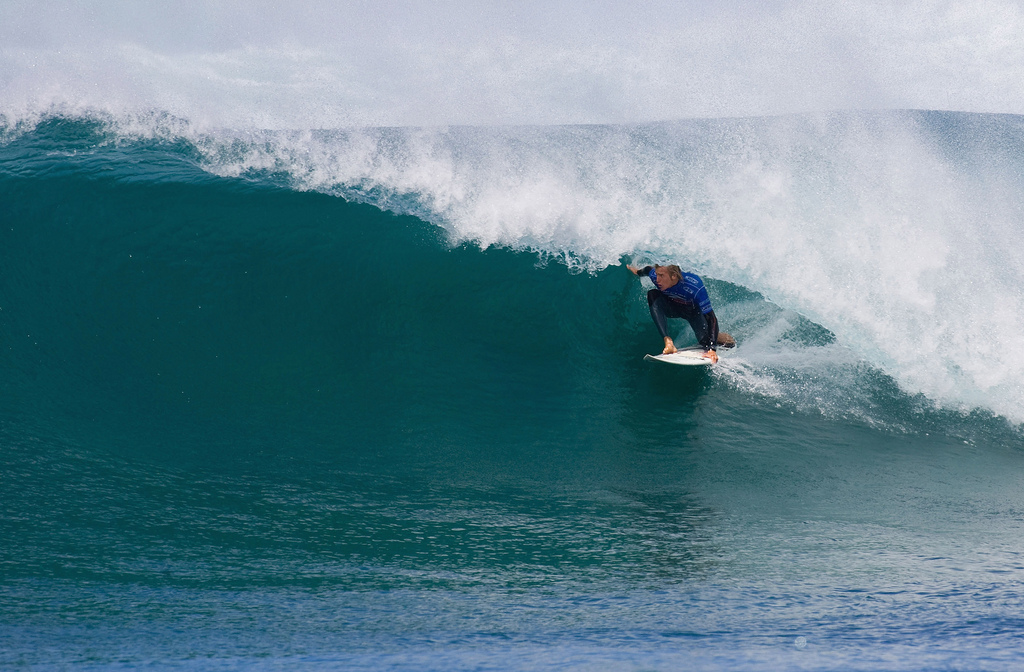 An Australia Surfing holiday can takes many forms. The archetype we tend to hold in our minds is the Queensland style azure waves breaking onto white sand – with a bronzed, muscled Australian perched on top – if that is what you are looking for then book your stay in Gold Coast. Of course this does exist, but we tend to forget the churning winter sessions in the southern depths of Tasmania – where lads in 5mm wetsuits tangle with brooding coldwater giants.

These are of course the extremes. There is a large and varied middle ground between those tropical waves of the Gold Coast and the likes of Tasmania’s Shipsterns Bluff – a huge mutant of a wave that attracts hardy storm chasers from all over the world. Byron bay in NSW is a great place for beginners and experts, Melbourne has many famous surf spots such as Bells Beach and many more along the Great Ocean Road to Adelaide.

You’ll find surf in the heart of Sydney, on the rather overrated Bondi beach, lining the leafy suburbs of Manly or in many other beaches and coves dotted around this fabulous city. If you were feeling a bit cosmopolitan you could surf Manly and follow this up with some sushi and a trip to an art gallery.

On the other hand an Australian surf trip could find you out in the small backwater of Margaret River in Western Australia South of Perth, drinking Tooheys New with a few seasoned roughnecks and charging big western waves. Western Australia has fantastic all along its coast much of which is so sparsely populated you will only be sharing the waves with wildlife.

In Australia surfing transcends the boundaries of a sport or a pastime and becomes intertwined in the national culture – rivalling surfing’s birthplace of Hawaii in this sense. Surfing has, in a way, become the embodiment of Australia – a seaside nation of sunshine, free thought and crashing waves. A holiday surfing in Australia should be given pride of place on any surfers bucket list.