Switzerland has one of the longest skiing traditions and remains one of the best places in the world to ski today. With picturesque mountain hamlets and brilliant blue lakes providing the backdrop to a wide variety of runs for all skill levels it’s hardly surprising this is one of the most popular skiing destinations in Europe. Plus there’s world class ski resorts with some of the best ski schools for beginners. 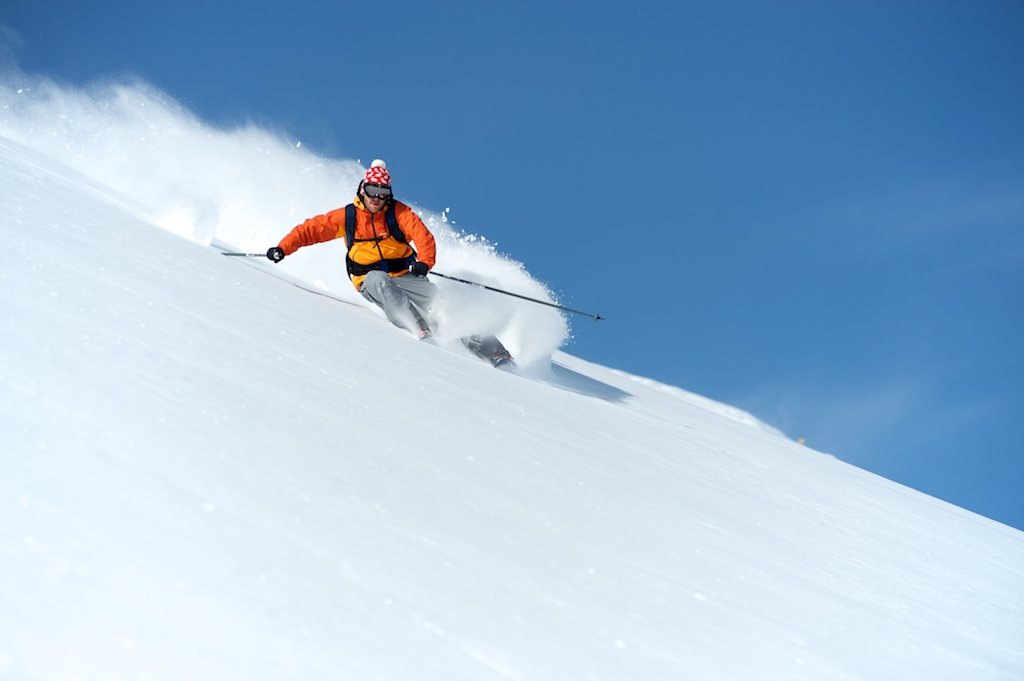 Switzerland ski resorts are centred in the regions in the Southern half the country where the Alpine peaks form valleys perfect for ski runs. Unlike French resorts, ski resorts in Switzerland tend to have more of a traditional village feel rather than a modern resort feel. This gives Swiss resorts the best of both worlds: great facilities while giving you a sense of the culture and history of the country.

World famous resorts such as Verbier, St Moritz, Zermatt, Saas Fee, Crans Montana and Davos compete with lesser known gems such as Leysin, Nendaz, Zuos and Anzere, giving skiers a total of over a hundred resorts to choose from. Each resort has its own specialities and some such as Flims Laax where the Burton European Open takes place are more suited to those who prefer freestyle.

Some of the less famous ski area are worth visiting. For example Arosa-Lenzerheide shas 100 km of piste and Lenk Simmental has 130km of slopes and both have around 1000m vertical.

While traditionally Switzerland has been associated with the more luxury end of the market, those looking for an inexpensive ski holiday shouldn’t be put off as not all resorts are expensive. Cheap flights are available for many Swiss airports such as Geneva, Sion, Bern and while further away from ski resorts Basel and Zurich airports have frequent transfers.

Those looking for a wider choice of runs and ski areas should choose a resort that offers a lift pass for multiple valleys. These are increasingly popular and often also offer connections by ski bus between ski areas. Even if you’re confined to a single resort though you’ll find most will have enough runs for even a lengthy holiday and plenty of facilities to keep you entertained apres ski from bars to night clubs along with excellent restaurants.