Italy can get forgotten by skiers looking for their next Alpine holiday. But it should be a serious contender. From exclusive resorts that are as much about the glamour as the skiing, to friendly village resorts that families will love: there is plenty of choice. 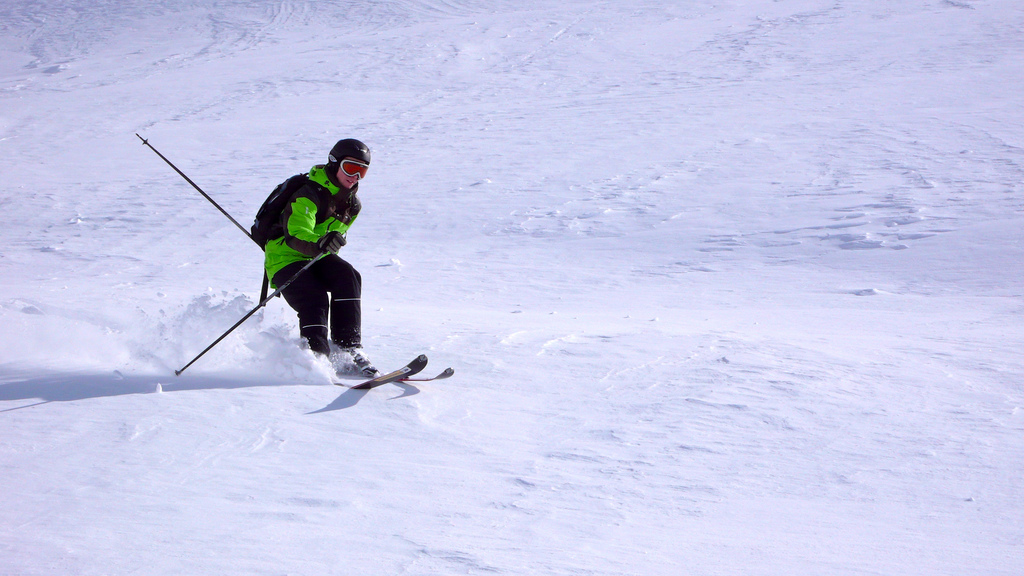 Skiing in Italy borders with France and Switzerland in resorts based in the Alps. Meaning it is often possible to access French or Swiss resorts over the border, making Italy a genuine (and more affordable) alternative to its neighbours.

Courmayeur lies in Mont Blanc’s famous shadow. The views across are predictably spectacular. As for the skiing, you’ll have access to the Aosta Valley lift system, as well as the whole of the Mont Blanc-Chamonix ski area. That includes the world-famous Vallee Blanche off-piste run. Courmayeur is also one of the few places in Europe where you can heli-ski.

Also part of the Aosta Valley lift system is Cervinia. It’s a great resort for Beginners and families with plenty of cruisey, sunny slopes to enjoy, and reliable snow. When you want something more challenging, it’s a short lift-linked hop over the border to Zermatt in Switzerland. There, you can take on some of Europe’s most difficult (and fun) skiing. Other resorts in the Aosta Valley include Saint Rhemy en Bosses, Algana Valesia, Gressoney and Pila.

Further south near the French border you’ll find the Sestriere, Sauze d’Oux and the other resorts of Via Lattea ski area.

In the northeast of Italy is the Dolomiti Superski area with an incredible 1200 km of piste. Cortina is the best known of the area’s resorts and with Ferrari-lined streets definitely its most glitzy…. Check out the resorts of Ortisei, St Cristina and Selva in Val Gardena for some incredible views, and a more down-to-earth feel. Also Pozza di Fassa, Canazei, Arabba, Corvara – Colfosco, Kronplatz. 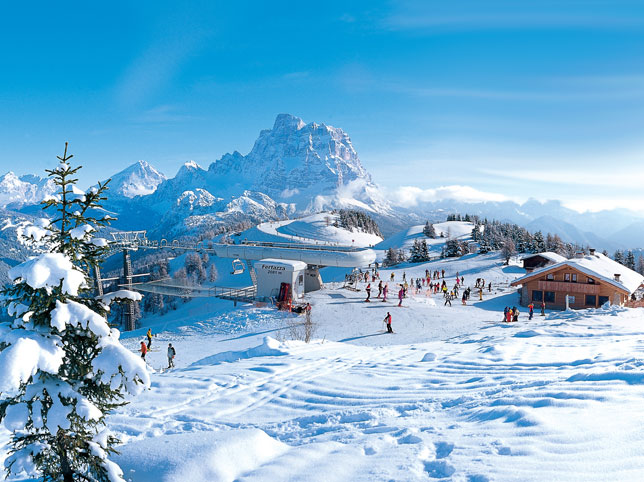 Still in the dolomites but outside the Dolomiti Superski, Livigno’s tax-free status means it’s one of the cheapest places to ski in Europe. Nearby Bormio is also worth a visit, with slopes reaching up to 3000m and 50km of slopes there is plenty for most people. Also in this area you’ll find Pontedilegno Tonale, Valdidentro, Madonna Campiglio, Folgarida and Marilleva.

North of Milan in the Lombardy region you’ll find Chiesa Valmalenco close to the Swiss border. Further south but still in Lombardy you’ll find Bergamo with 140km of slopes served by 44 ski lifts. It is a combination of 5 ski areas: Castione della Presolana, Colere, Foppolo, Monte Pora and Schilpario.

And of course, wherever you go in Italy you’ll be treated to fantastic food and plenty of culture alongside your skiing. For authenticity alongside super skiing, an Italy ski holiday is where it’s at. 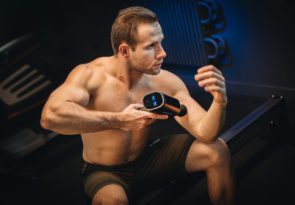 If you do action sports from time to time you will hit the deck, over stretch or push your body too hard. To aid your recovery you might want a massage (or a week...