It’s week four of our Central American overlanding adventure. In this latest instalment we cross into El Salvador to a top international surf spot, before heading to the hills for some El Salvador canyoning and waterfall hiking in El Imposible national park and Juayua.

Setting off from Leon, Nicaragua, it’s a ten hour minibus ride through Honduras (the region’s bad boy) and into El Salvador. At night.

Exiting Nicaragua, we’re pulled over at various police check points in the pitch black, which is in no way reassuring. The border into Honduras, which is more or less a failed state, consists of two men dozing in a port-a-cabin and some stray dogs. It’s an inauspicious start, backed up by two hours driving on the worst-kept roads I’ve ever seen (or not seen as the case was here).

Eventually we cross over into the relative sanctuary of El Salvador (although we’ll come back to Honduras in the coming weeks) and the dawn is a welcome relief.

(Not) surfing in El Salvador

The official currency is, bizarrely, the dollar and a relatively high minimum wage means El Salvador is a slightly more familiar prospect. We head for the surf resort of El Tunco to ease ourselves in. The plan is to put some of last week’s surf tuition into practice but a huge swell means the waves here are terrifying.

Towering three or four metres in height, this is no place for a beginner, so we settle for watching the local experts and paddling at a safe depth (about knee height in these waters).

El Tunco is pleasant without being in any way interesting. A strip of bars competing for both custom and to see who can play the most obnoxious pop music the loudest is about as good as it gets. Then again, if you can surf, none of that really matters.

From here we catch a couple of chicken buses through Sonsonate (quickly, as it’s apparently a hub of gang activity) up into the hills and the Ruta de las Flores. This is a 40km stretch of flower-lined road dotted with colourful colonial towns. We opt to stay in Juayua (amusingly pronounced ‘who-a-you-a’) largely because of the weekly food festival – which doesn’t disappoint.

From the town you can hike around a series of seven waterfalls, although you have to go with a guide as robberies are common, even in the jungle. At least, that’s what we’re told as we hand over our cash to the guide.

Our next stop is a little off the beaten track in Tacuba – the home of the America’s first Communist revolution back in 1932. Arriving in town it’s hard to imagine anything so interesting ever happening here. It’s nice, but sleepy, and we seem to be the only tourists in town.

Luckily, there’s a superb hostel called Mama y Papa, run by basically your nan and granddad. They fuss over you and make sure you’ve got enough to eat, generally being delightful. They did stop short of stuffing a folded up tenner in my hand though – a little disappointing I must say.

The following morning we set out on another waterfall hike in the aptly named El Imposible national park. As it turns out, it’s less a hike and more like canyoning down through a deep ravine and a series of waterfalls. And at various points the only way down is to jump the falls.

These vary in height between about three metres and thirteen metres, over skull-crushingly wet rocks and into water that’s often not quite deep enough. I hit the bottom more than once. I’m pretty sure our guides Luis and Ernesto haven’t carried out a full risk assessment (no life vests or helmets here) but I decide it’s best not to dig too deeply into their safety record.

The last jump is thirteen metres. It feels like being punched in the head but at least it’s deep enough here not to worry about severe spinal injuries.

Once at the bottom, it’s time for a spot of lunch before an almost vertical scramble back out up a tiny jungle path. Luis gets his machete out (ooh matron) to hack away the creepers, which is slightly terrifying even if he does seem lovely. Along the way he makes us try various edible jungle treats, with wonderful names like ‘Christ’s cane’ and ‘St Peter’s tears’.

Luis and Ernesto both move through the jungle with an incredible ease that I’m guessing my sweaty, red and panting face doesn’t exactly equal. It was certainly an exciting day El Salvador canyoning and waterfall hiking in El Imposible national park.

El Salvador on the up

Despite its reputation for gangs (look up MS-13 if you fancy some light reading) El Salvador is a rather lovely little country. Almost everyone we meet is extremely friendly, going out of their way to help us out. Despite another brutal civil war here that lasted until the early 90s (sponsored again by you-know-who from a few thousand kilometres north) it seems to be on the up.

Although the forced deportation of tens of thousands of gang members from the US in the 90s has caused problems, the billions of dollars sent back from relatives in the States has also given the country a leg up. Hopefully, with more excellent, albeit slightly unsafe, national park hikes and top surfing waves, it will be a destination more people choose to visit.

For now it’s goodbye and off to Guatemala.

If you found this article about El Salvador canyoning and waterfall hiking in El Imposible National Park entertaining, and useful please consider joining our the AWE365 club. It is free, quick to join and means you can make huge savings and be kept up to date with the latest articles and discounts. 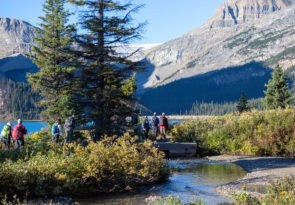 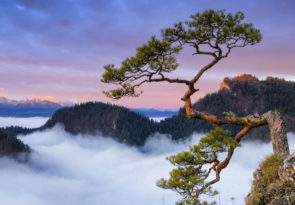 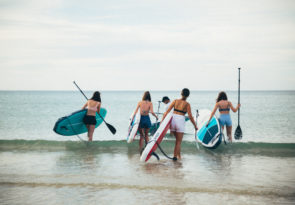 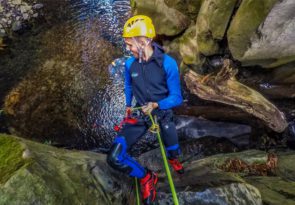 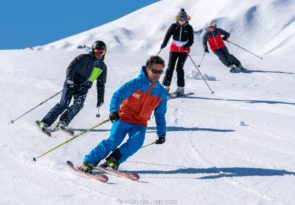 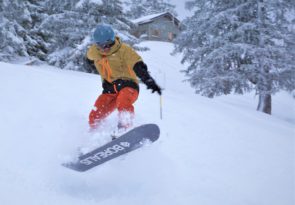 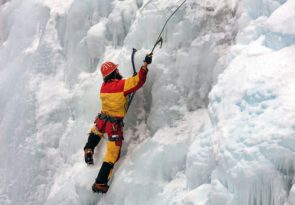