Over the last couple of decades, paragliding has really taken off (if you’ll pardon the pun) in Asia. This huge and varied continent is home to some of the fastest growing paragliding centres in the world. That’s why we’ve created a guide to some of the best paragliding destinations in Asia.

With the sport rapidly gaining in popularity with the locals, and more and more visitors coming from abroad to paraglide each year, we recommend you get to these spots quickly – before the skies get to busy.

Paragliding is new to Sri Lanka, having only really taken off in the last ten years. This renowned hotel complex, around 200 miles from the capital Colombo lies in the heart of the mountainous Nuwara Eliya region. Head up to the Makaldeniya ridge, which offers stunning panoramic views and top conditions for paragliding.

One of the world’s fastest growing extreme sports destinations, Chiang Mai is the Thai paragliding hotspot. Head out to some of the small rural villages which have some great launch spots. Alternatively, the Doi Inthanon National Park, about an hour’s drive from Chiang Mai, surrounds the country’s highest peak and is a top paragliding destination.

There are great opportunities for combining a Thailand trekking holidays with paragliding, but be careful not to visit in Monsoon season which runs from May to December, as this will limit your trekking and paragliding possibilities.

The long, thin country of Vietnam has a number of really superb paragliding spots. Although paragliding is new to Vietnam, as it is to many Asian countries, it has recently gained in popularity in a big way. Close to Ho Chi Minh, the small town of Dalat has become the de facto paragliding capital of the country. With some stunning opportunities to sore over this beautiful landscapes, as well as a host of other activities to try, Vietnam is rapidly becoming a top gliding destination. 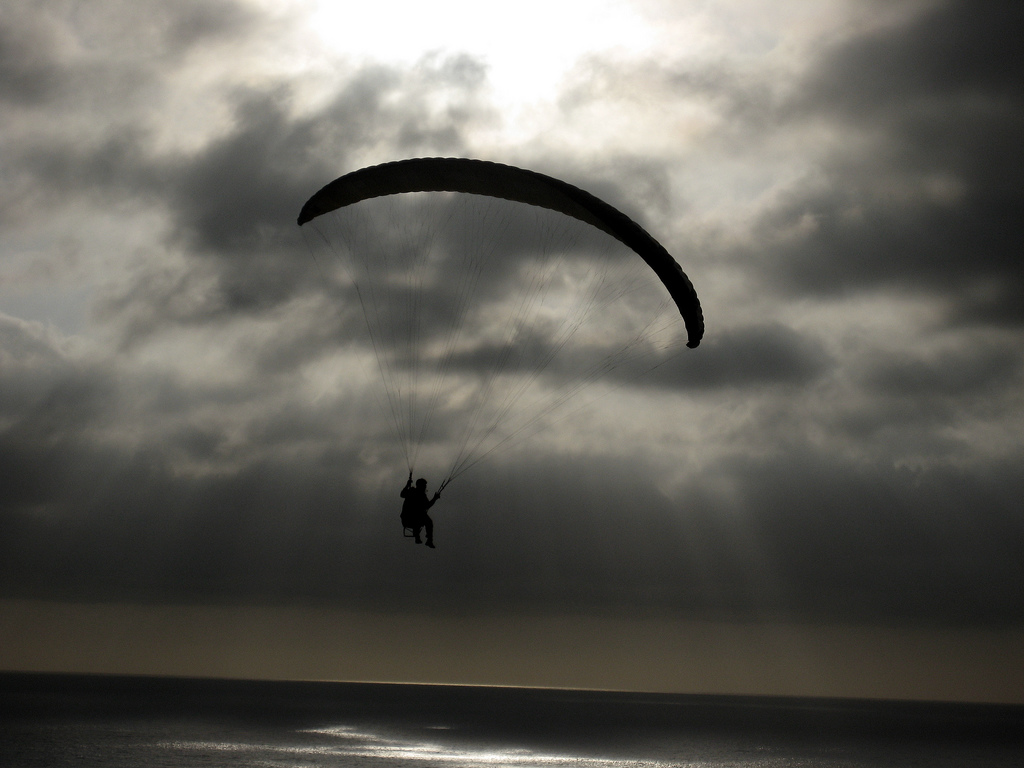 Heading back to Thailand, Krabi gives you a very different paragliding experience to Chiang Mai. Miles of white sandy beaches and the sparkling blue water of the Andaman coast stretch out beneath you. You’ll also be able to see the Phi Phi islands which lie just off the coast.

With plenty of launching spots on the rocky cliffs along the coast, as well as some inland jungle launches, this is one of the top Asian paragliding destinations.

Located on the Malaysian part of Borneo – on the east coast to be exact – this small, modern city is a great base for travellers looking for some more exotic exploration. There are also some top opportunities for paragliding here, with the landscape being a diverse mix of beaches, rainforest and the ever-present Mount Kinabalu towering in the distance.

The stunning Filipino island of Boracay is just seven kilometres long and one kilometre wide. It’s mostly associated with tourists looking for windsurfing or kitesurfing holidays.

While the opportunities for paragliding on Boracay itself are limited, it’s a great base for checking out some of the nearby spots. A short trip across the water to Akan and Nabas offers some good gliding. With take off spots right on the coastal cliffs, there are some fairly spectacular views as you might expect. However, as paragliding grows in popularity around the Philippines you can expect new take off sites and schools to start popping up all around Boracay.

Any country that is home to so much of the colossal Himalayas must have some fairly incredible paragliding action. And Nepal certainly doesn’t disappoint. With tandem flight, training and gliding opportunities available throughout the year, including the winter months, this is one of the exceptional paragliding destinations in Asia. 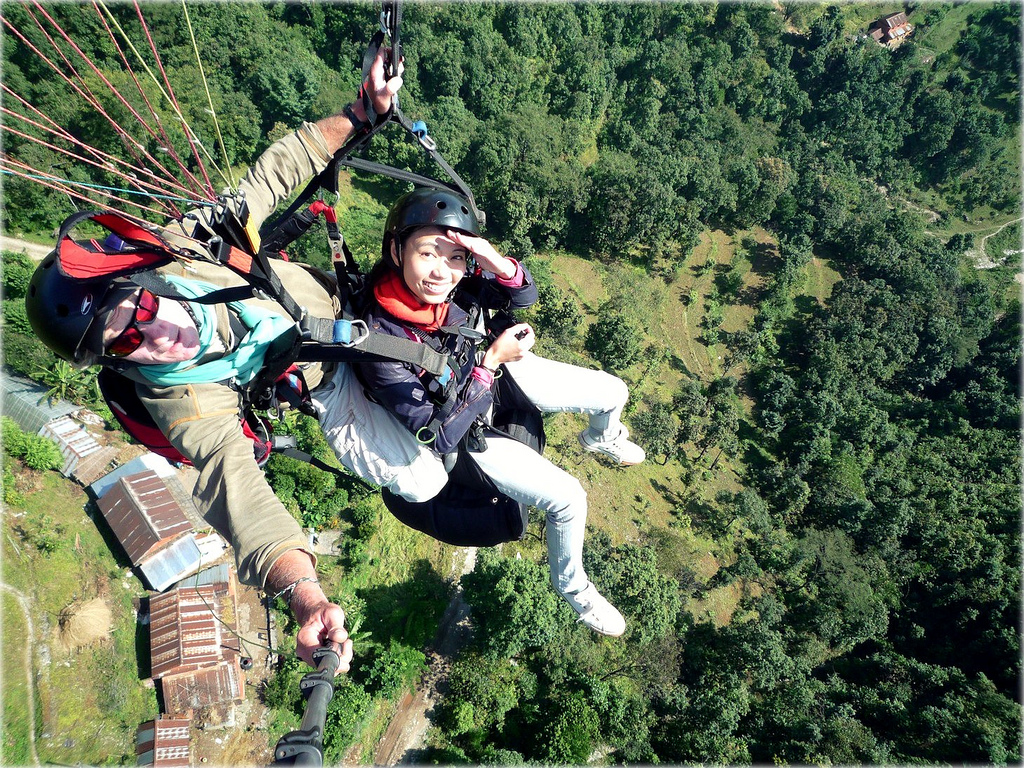 The main gliding area is found in Sarangkot in the Pokara valley (Annapurna region), with views of majestic 8,000 metre peaks and consistently excellent conditions for gliding. And with schools having been established here for nearly 20 years, this was one of the first paragliding destinations in Asia to be established.

In the Indian Himalayas, Leh also offers paragliders some world class opportunities. The summer months are best for paragliding in the Ladakh regions but most schools will insist that you have normal blood pressure in order to take part. Don’t let that put you off, it’s just a precaution, but it also gives you some idea of the kind of altitudes you’ll be gliding at.

Soaring above the stangely lunar landscape below, this is really paragliding on the roof of the world. The only drawbacks are that Leh is sometimes hard to get to, but then with some of the highest roads in the world accessible to motor vehicles, this is something you should probably expect.

Each year from May to October, as the trade winds roll in from the Indian Ocean, conditions are perfect for a spot of paragliding. The southern coast and Bukit Peninsula (near Kuta) offer a total of about twelve kilometres of soar-able ridge that’s suited to paragliders of all levels.

Take a tandem flight or enrol in a beginner’s course to learn the ropes at one of the schools here. Timbis is a good spot to head for, where you’ll find enthusiastic visitors and locals taking to the skies to enjoy the fabulous conditions.

In the late 70s and 80s, when the country was in the grip of one of the 20th century’s greatest atrocities at the hands of the Khmer Rouge, no one would ever have thought possible that Cambodia would become a tourism hot spot. But the popularity of paragliding and other extreme sports here just shows how resilient these incredibly warm and friendly people can be. 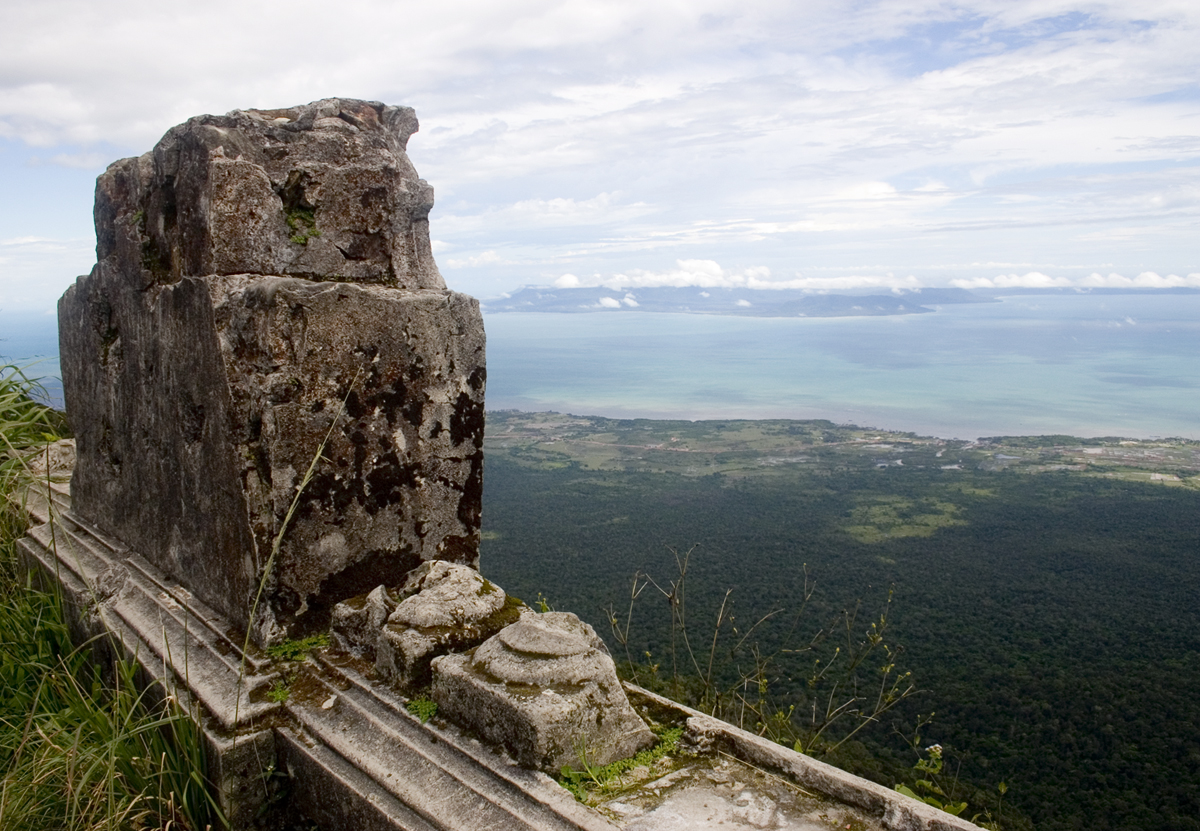 Bokor, located on the coast near Sihanoukville, and backed by the mountains of the national park that bears its name, is a top paragliding spot. Attacked by the Khmer Rouge, Bokor stands as an empty relic of the French occupation. This is an incredibly atmospheric place to glide, with a great take off spot from a ridge up above the city. Easily one of the best paragliding destinations in Asia.

Let us know if you’ve been lucky enough to visit any of these great paragliding destinations in Asia, or if there are any others that we really need to know about.